Are You Positive You’re Negative?

On World AIDS Day, the Newark, New Jersey–based African American Office of Gay Concerns (AAOGC)—with support from its state Department of Health and Senior Services and the Centers for Disease Control and Prevention—launched “Status Is Everything,” a campaign to encourage black men who have sex with men (MSM) ages 16 to 24 to get tested for HIV and reduce high-risk behavior. In 2006, this age group accounted for 5,220 of the 10,130 new HIV cases among all black MSM nationwide; 80 percent were previously unaware of their status.

Unlike many of the other youth-based awareness campaigns, this one is tailored to its unique audience. “It’s specific to Newark, it’s specific to gay black men, and you’ve got a gay black organization spearheading the project,” says Gary Paul Wright, executive director of AAOGC.

“Status Is Everything” directs users to local HIV testing centers via text messaging, a hotline (1-866-HIV-CHECK), print ads and digital outlets such as Facebook, YouTube and Twitter. 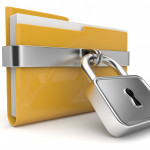