African Americans continue to be disproportionately affected by HIV in the United States. Although they make up only 12 percent of the U.S. population, recent data from the Centers for Disease Control and Prevention (CDC) show that African Americans represent more than 44 percent of those living with HIV.

For certain groups in this community, the disparity is even greater. African American women have a rate of HIV infection 20 times greater than white women in the United States. African American men who have sex with men (MSM) represent approximately 2 percent of the U.S. population, but accounted for more than half of all estimated new HIV infections annually from 2008 to 2010.

Drivers of HIV transmission in African American communities are many fold. Increased rates of poverty, incarceration, homophobia and misperceptions of individual risk are increasingly recognized as risk factors for perpetuating the epidemic.

A person’s zip code can be as great a risk factor as the type of sexual activity they engage in. This is a direct reference to the concept of small social and sexual networks fueling the epidemic in certain populations. The good news is that, together as a community, strides can be made to stem the tide of this epidemic.

Know the Facts: The availability of better treatment for HIV and efforts to encourage people to know their HIV status has made a tremendous impact. The life expectancy of a young person diagnosed with HIV at age 20 in the United States can expect to live to age 70, approaching the normal life expectancy of someone without HIV.

People with well-managed HIV can live long, healthy and productive lives. They can have successful pregnancies with little risk of transmission of HIV to their unborn child. HIV is no longer the “death sentence” it used to be portrayed as.

Get Tested, Protect Yourself and Protect Your Loved Ones: HIV is most often transmitted by someone who was unaware of their status. Knowing your HIV status is empowering. Know the status of your partner or behaviors that may increase your risk of becoming infected. Encouraging friends and family members to get tested should be seen as an act of love.

Get Care and Stay in Care: If you are infected with HIV, knowing your status allows you to get treatment earlier, which allows you to live longer and healthier. Starting treatment before the immune system has been significantly weakened by HIV and before symptoms occur has been associated with better outcomes.

There is increasing evidence that treatment reduces inflammation that has been associated with cardiovascular complications and risk of death in HIV infected populations. Effective anti-HIV medications are available to prevent HIV in people who are at high risk of becoming infected.

Become an Active Participant: Many of the advances made against HIV have been the direct result of knowledge gained through observational and clinical trials. From knowing which combinations of medications proved to be safe and effective to how best to treat and prevent complications of HIV, clinical trials have proven to be the best weapon in our arsenal to fight HIV/AIDS.

While negative perceptions in African Americans regarding clinical trials has often been cited as a reason for poor recruitment of minority research subjects, other factors contribute to this disparity. In a recent AIDS Clinical Trials Group (ACTG) Network survey of over 2,000 HIV-infected patients with access to clinical trials, African Americans reported that they were 35 percent less likely to have been approached to participate in these studies compared with white patients.

The proportion of respondents in the South who reported knowledge of studies was significantly lower than in the Northeast, Midwest and West. Minorities continue to face barriers for HIV/AIDS trial participation, even when clinical research is available. Enrollment strategies should better target minorities to improve recruitment in HIV/AIDS research.

As the HIV research agenda increasingly evolves to focus on prevention and eradication of existing infection, now more than ever, it is imperative to ensure that members of communities that have the highest HIV burden have access to clinical trials and are able to benefit from strides made to make this epidemic a thing of the past. To learn more about ACTG, click here. 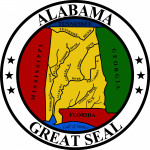 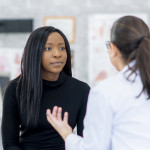