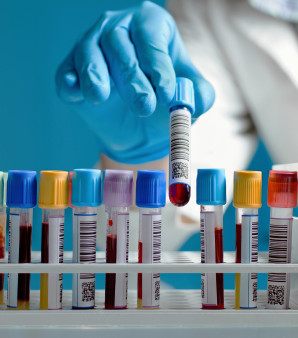 The more recently developed “fourth-generation” HIV tests are far superior to older antibody assays at detecting the virus during the first few weeks of infection, aidsmap reports. Publishing their findings in PLOS ONE, researchers analyzed the success rates of various types of HIV tests conducted between 2003 and 2008 in high-risk populations in San Francisco. Out of 21,234 HIV tests, there were 761 HIV diagnoses, of which 58 were determined to be acute, or very recent, infections.

One purpose of the research was to assess less expensive methods of detecting acute infections. During the time period the study covered, acute infections were found by pooling blood samples and then running a viral load screen—considered the most accurate means of detection. So the investigators tested stored samples from the 58 acute diagnoses with a variety of HIV tests looking for an alternative.

Fourth-generation laboratory tests produced the best results. These tests screen both for HIV antibodies and for the p24 antigen, which appears in the body shortly after infection and sooner than antibodies, thus cutting down the “window period” during which false-negative results are likely following a recent exposure to the virus. With one such test, 87.3 percent of those with acute infection and an estimated 99.1 percent of all people with HIV would receive an accurate test result. One hundred percent of HIV-negative people would accurately test negative, meaning there would be no false positives.

A fourth-generation rapid (as opposed to laboratory) test, providing results in minutes, did not fare as well. Just 54.4 percent of acute infections were accurately identified.