A recent study found that factors such as mental health and food security were associated with higher rates of successful HIV treatment.

Interventions that address important needs of HIV-positive transgender women of color, such as mental health, food insecurity and employment, are associated with improved rates of viral suppression, aidsmap reports.

Joanne Keatley, MSW, and Jessica Xavier, MPH, of the University of California, San Francisco (UCSF) studied an initiative to provide screening, referrals and various services to HIV-positive transgender women of color at nine study sites in Chicago, Los Angeles, New York and the San Francisco Bay area. The goal was to improve the participants’ engagement with and retention in HIV care. The findings were presented at the 10th International AIDS Society Conference on HIV Science (IAS 2019) in Mexico City.

The study recruited 858 people. Seventy-nine percent of them participated in the initiative. Nearly half of the participants were Latina, and 42% were Black. The median age was 36 years old. Three quarters lacked a high school diploma, 24% were employed and 75% had an annual income below the federal poverty level of $11,500.

Upon entering the study, the participants received screening for various factors known to be tied to outcomes related to HIV and other health concerns. When appropriate, the participants received referrals and services for HIV primary care, mental health and substance use treatment, assistance with housing and food needs and legal advice as well as support with education, job training and finding work.

Between the study’s outset and the two-year mark, the proportion of participants who were linked to medical care for HIV increased from 45% to 78%. During the same period, the rate of retention in ongoing care for the virus increased form 33% to 40%, and the rate of viral suppression increased from 23% to 35%.

By comparison, in the overall population of people living with diagnosed HIV in the United States, 85% have been linked to care, 57% are retained in care and 60% have a fully suppressed viral load. Granted, this study did not include a nationally representative sample of HIV-positive trans women of color. 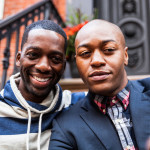