Gonzalo Aburto has been a warrior in the battle against HIV and AIDS—with a particular passion for delivering vital information to Spanish speakers—since the early days of the epidemic.

Originally from Mexico City and a proud New Yorker since he moved to that city in 1986, Gonzalo Aburto has been a warrior in the battle against HIV and AIDS—with a particular passion for delivering vital information to Spanish speakers—since the early days of the epidemic.

“I worked with the first magazine that was published in Spanish, SIDAAhora, by the People With AIDS Coalition,” Aburto says. “While working there, I was the first one to interview Pedro Zamora before he was on The Real World.” Zamora was lost to AIDS in 1994. (See our Q&A for more about Zamora.)

Aburto’s media career spans print and radio. He founded the first publication dedicated to the Mexican community in New York City, Los Mexicanos. He is the executive producer of the weekly radio program La Nueva Alternativa, which has been catering to the Latino LGBTQ community for over 20 years. And for a decade, he worked as the cultural and lifestyle editor for El Diario La Prensa, the largest and oldest U.S. Spanish-language newspaper.

He was a member of Activistas Latinos Contra el SIDA, the Latino group of ACT UP New York, when he met POZ founder Sean Strub and his partner, Xavier Morales. In 1997, they collaborated to launch POZ en Español.

They decided that the new venture was not going to be just a copy of POZ magazine in Spanish—POZ en Español would feature all original content. “It is one of the greatest works that I have ever done,” he says.

Aburto is working again with Strub, executive director of the Sero Project, which fights HIV criminalization, as director of its Latin America Initiative.

Aburto was devastated when he tested HIV positive in 2014. After a routine checkup, his doctor asked him to come back in. “You know that something is wrong, but I never imagined that it was HIV.” His doctor did an extra test to confirm, but the result was the same. He started treatment immediately.

“It was a long process for me, because mostly I felt guilty. I had a lot of regrets,” he says. Aburto couldn’t believe that despite his knowledge about HIV, he had seroconverted. “After everything—and all the friends I’d lost—and suddenly, I’m HIV positive. At the beginning, it was so hard for me to say, ‘I have HIV.’”

But Aburto’s message today is one of confidence and optimism. He says the most important thing to do when you are newly diagnosed is to find someone you can trust to talk to.

“If you don’t look for help, you’re going to be isolated and miserable,” he says. “Even with all the difficulties that we have, we can still have a better life. There is hope and there is help. You just need to find it.” 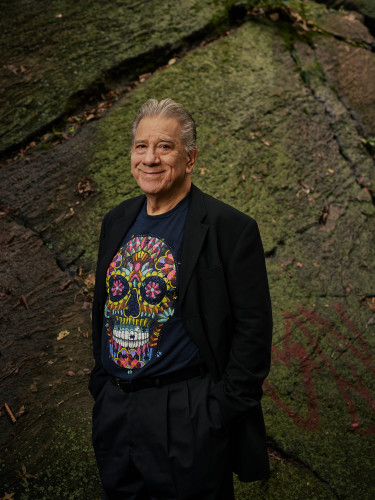