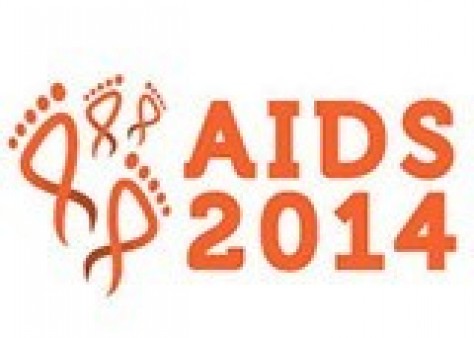 Beyond Blame, Key Populations and PrEP: An AIDS 2014 Overview

An analysis of the themes at the 20th International AIDS Conference.

In the shadow of the Malaysian flight MH17 crash and the loss of several HIV/AIDS researchers and friends of the community, the 20th International AIDS Conference (AIDS 2014) pressed on last month in Melbourne, Australia. In tribute to lost colleagues, a vigil was held, statements were made and condolence books placed throughout the exposition center for everyone to sign.

Francoise Barre-Sinoussi, MD, PhD, president of the International AIDS Society (IAS), which organizes the biennial event, told attendees at the outset: “Our colleagues were travelling because of their dedication to bringing an end to AIDS. We will honor their commitment and keep them in our hearts as we begin our program.”

Of the many satellite and official kick-off events Sunday, July 20, the Beyond Blame conference held at the Urban Workshop in downtown Melbourne was a highlight. The discussion and workshop focused on how HIV criminalization creates a viral underclass; the event was sponsored by Living Positive Victoria, GNP+, the Sero Project and many others.

In the opening statements, David Davis, the Victorian minister of health, promised the gathering of over 150 people that Victoria would strike down statute 19A effectively ending HIV criminalization in the Australian state (Melbourne is its capital). When pressed later, Davis told POZ that he would in fact hold the minister’s feet to the fire to ensure the demise of 19A.

U.S. delegates Nick Rhoades, Sean Strub and Iowa Senator Matt McCoy spoke about the issues and activism that arose when HIV-positive Rhoades received a 25-year prison sentence for having consensual sex (Rhoades was undetectable at the time, he used a condom, and no HIV was spread). Subsequently, the Iowa Supreme Court overturned Rhoades’s conviction, and lawmakers overhauled the state’s outdated 709c statute that landed him in jail in the first place. Also at this conference, speakers from Uganda, UNAIDS, HIV Justice Network and Living Positive Victoria spoke about HIV laws’ impact on the ground.

Michael Kirby, former justice of the High Court of Australia, laid out not only the human rights reasons for ending HIV criminalization, but also the legal and public health rationale. He spoke of the overreach of current laws, of barriers to testing and treatment, the creation of a viral underclass, and the science behind undetectable viral loads and rate of transfer. All of which, Kirby said, prove to him there is a worldwide need to “spread rationality” in conversation about HIV decriminalization.

Just before AIDS 2014, the World Health Organization announced that it recommends Truvada as pre-exposure prophylaxis (PrEP) for men who have sex with men (MSM), as well as for serodiscordant couples, as part of a comprehensive HIV prevention strategy.

PrEP was a hot topic at the conference, and there were a few young men walking around in T-shirts that read “Truvada Whore.” The gay community has been engaging in a pro-and-con debate on PrEP, not unlike advocating the use of condoms in the early AIDS epidemic, noted Sean Strub, executive director of the Sero Project and founder of POZ, during a panel titled “Pleasure and Prevention.”

That discussion took place in a packed upstairs auditorium. The panel didn’t set out to discuss PrEP specifically, but once the regimen was mentioned, panelists and questioners from the audience talked of nothing else. “The conversation about PrEP is dominated by white, rich, gay men from the [Global] North,” said Jessica Whitbread, interim global director of the International Community of Women Living with HIV, who was on the panel.

A person in the crowd spoke up to say that since he went on Truvada he has seen a doctor more often than in the past, thanks to the strict follow-up required for the prescription. Immediately, a woman from Africa retorted that people in her country couldn’t even access basic treatment and care as much as needed, let alone once every few months for prevention.

The conversation around PrEP will not quiet down anytime soon. As clinical trials continue—new data on PrEP was presented at the conference—the discussion within the gay community will wage on and the realities of upscaling in the developing world will be an ongoing challenge.

Themes of ending laws that criminalize homosexuality, HIV, sex work and injection drug use were heard throughout the conference, as was the issue of incorporating transgender people into society and clinical trials. A great overview of all these themes was presented during an official press conference on the penultimate day of AIDS 2014.

Glenn-Milo Santos, PhD, MPH, of the San Francisco Department of Health, presented data on how anti-gay laws impact MSM. A survey of over 4,000 MSM in the 76 countries with anti-gay laws found that 1 out of 12 had been arrested for “homosexual activity.” The arrests, unsurprisingly, negatively affected these men’s ability to seek out health care, testing and treatment—including mental health care—because of stigma and fear of re-arrest or worse. Sub-Saharan Africa is the worst offender, with Europe, the Middle East and North Africa and Caribbean regions rounding out the top of the worst list.

Nigeria implemented anti-gay laws in January of this year. Sheree Schwartz, PhD, from the University of North Carolina, showed initial data on MSM in Abuja, Nigeria. The findings supported those of Santos. Schwartz found that those in her sample were 10 percent to 15 percent more likely to not seek medical testing and treatment out of fear of arrest, beatings and blackmail as a result of the new law. Reports from Russia, Uganda and even the United States supported the fact that criminalization of both HIV and LGBT people led to poorer health outcomes on top of all the blatant human rights violations.

Co-chair of the Asia Pacific Transgender Network, Abhina Aher made clear that transwomen must be included in clinical trials and in official reporting instead of being lumped in with MSM. “We suffer a multi-stigma,” she said, adding that “health care is not reaching us.” She noted that during PrEP trials transwomen mostly dropped out—leaving no samples to read and no new trans-specific trials on the horizon.

Even though the Melbourne conference was significantly smaller in scale than 2012’s mega event in Washington, DC, it was not short on the news, events and entertainment inherent in AIDS conferences.

The Global Village—a diverse community space set up for demonstrations, networking and performance—was alive with “zones” for those representing sex workers, IV drug users, LGBT people and, of course, condom promotion. Regular choral, dance, drama and music productions flourished across the main stage throughout the days. In one public forum, activist and punk rocker Sir Bob Geldof told off Australia and other wealthy nations for withdrawing millions in foreign aid to fight HIV; meanwhile, former President Bill Clinton made another appearance calling for the end of discrimination and stigma.

The conference rounded out with a call for “fast-tracking” the global AIDS response through developing prevention technologies, working toward a vaccine and addressing the growing epidemic in Eastern Europe and Central Asia.

In closing, the IAS looked forward to “stepping up the pace: making the long term short term” in the fight against HIV. The group anticipates significant advances in curbing discrimination and stigma, as well as in the areas of clinical prevention and treatment in time for Durban, South Africa, the site of AIDS 2016.