Here are the top 20 philanthropic funders of HIV, according to an FCAA report, which also offers good news for the U.S. South and PrEP.

Philanthropic funding to fight the global AIDS epidemic dropped 5 percent last year, compared with 2016, for a decrease of about $37 million, according to a new report from Funders Concerned About AIDS (FCAA). This includes private support from groups ranging from The Bill & Melinda Gates Foundation to pharmaceutical giant Gilead Sciences. 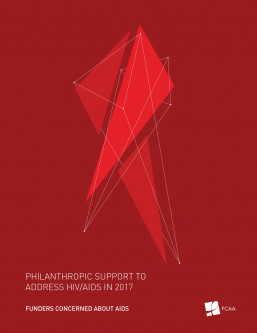 Cover of the reportCourtesy of Funders Concerned About AIDS

Philanthropic funding makes up about 2 percent of global recourses for HIV, but the FCAA report points out that this is a powerful resource. 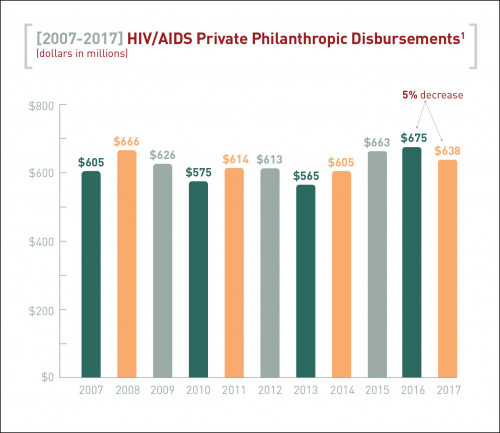 “Private HIV and AIDS philanthropy is catalytic. It has helped drive incredible progress against the epidemic despite seemingly insurmountable odds, not unlike those we now face,” said John Barnes, FCAA’s executive director, in a press release about the report. “It is the role of philanthropy to swim upstream, to fight prevailing headwinds that challenge progress and to leverage a unique ability to drive increased, focused funding where it is most needed.”

The top five philanthropic funders of 2017 include:

Although 13 of the top 20 funders increased their support, that growth was negated by decreases in the other seven funders. 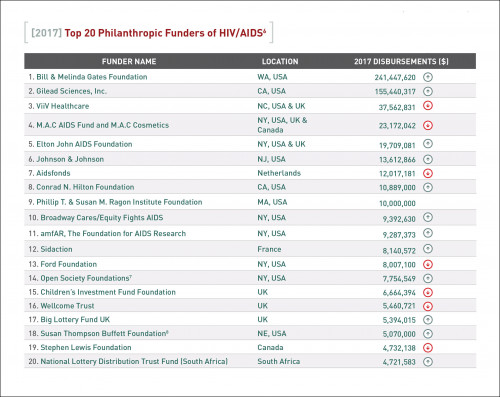 For a POZ article on a similar FCAA report, read “How Much of HIV Charitable Giving Goes to Local Nonprofits?”