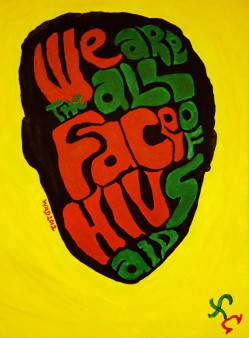 Randy “freedom clay” Rogers, We Are All the Face of HIV/AIDS, 2012, Acrylic on canvas

2,500 activists marched on President Bush’s vacation home in Kennebunkport, Maine, to demand leadership on AIDS. After a die-in on the road to the Bushes’ house, activists unrolled a 50-foot-long banner outlining a 32-point plan to end the AIDS crisis. (1991) 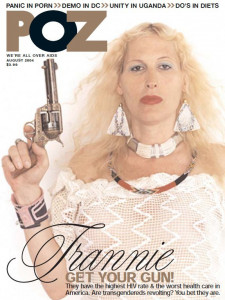 Chloe Dzubilo is the first transgender person on the cover of POZ magazine. (2004)

Photographer/artist Grahame Perry’s ashes are scattered by loved ones in the San Francisco Bay. (2016)

Actor John Megna, best known for playing Dill in the film To Kill a Mockingbird, dies of AIDS-related complications at age 42. (1995) 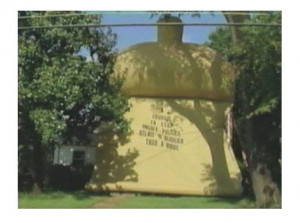 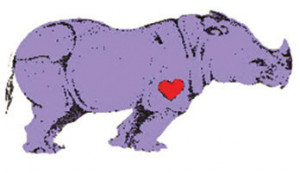 The AIDS (Artists Involved with Death & Survival) Show premieres at Theatre Rhinoceros in San Francisco. The play is the subject of a 1986 documentary film of the same name. (1984)

Actor Brad Davis dies of AIDS-related complications at age 41. He played the lead role in Larry Kramer’s The Normal Heart. (1991) 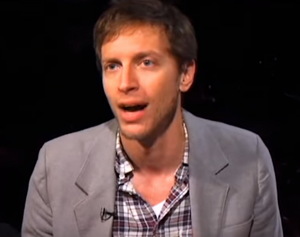 Broadway composer and lyricist Michael Friedman—known for his work on the musical Bloody, Bloody Andrew Jackson—dies at age 41. His death is a reminder to many that people continue to die of AIDS-related illnesses. (2017)

Nick Rhoades, who in May was sentenced in Iowa to 25 years in prison for failing to disclose his HIV status to a sexual partner who didn’t contract HIV, has his sentence reduced to five years’ probation without jail time. (2009) 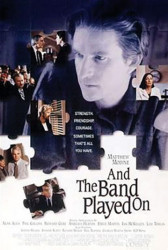 The film And the Band Played On, based on the book by Randy Shilts, airs on HBO. (1993) 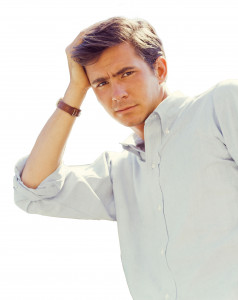 The Department of Justice announces a $715,000 settlement in favor of a boy who was denied admission to the Milton Hershey School because he is living with HIV. (2012)

The first-ever Global Female Condom Day raises awareness of the female (internal) condom as an option for the prevention of pregnancy and HIV. The internal condom can be inserted into the vagina or anus. (2012)

The Congressional HIV/AIDS Caucus, a bipartisan group of legislators committed to ending the HIV/AIDS epidemic, improving the lives of those living with HIV,= and ensuring that everyone is informed and knows their status is founded. (2011)

ACT UP NY joins ACT UP Long Island in a demonstration protesting the lack of AIDS housing on Long Island. (1989) 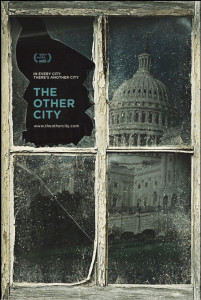 “The Other City” poster

The Other City, a documentary, about the staggering HIV rates in Washington, DC, premieres. (2010) 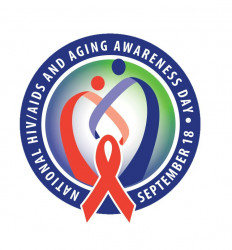 Sweden becomes the first country to meet the UN 90-90-90 goal (90% of people living with HIV know their status, 90% of them are on sustained treatment, and 90% of those people achieve viral suppression). (2016) 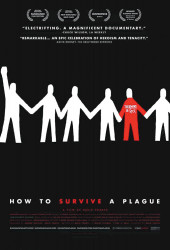 How to Survive a Plague opens in limited release in theaters in the United States. The film is nominated for the Academy Award for Best Documentary. (2012) 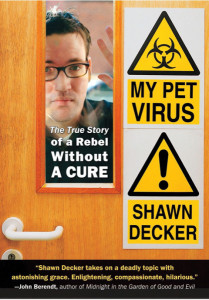 “My Pet Virus” by Shawn Decker

HIV activist and POZ blogger Shawn Decker releases his memoir, My Pet Virus: The True Story of a Rebel Without a Cure. (2006)

The Positive Justice Project, a campaign of the Center for HIV Law and Policy, launches to combat HIV-related stigma and discrimination against people with HIV by the criminal justice system. (2010)

The National Academy of Sciences concludes that syringe exchange programs should be regarded as an effective component of a comprehensive strategy to prevent infectious disease. (1995)

Positively Aware launches the anti-stigma campaign “A Day With HIV,” which encourages people living with and affected by HIV to photograph a moment of their day and share it on social media. (2010) 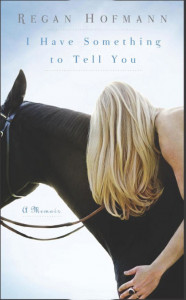 POZ editor-in-chief Regan Hofmann releases her memoir, I Have Something to Tell You. (2009)

REPEAL Act proposes a review of all laws, policies, and regulations regarding criminal prosecution for HIV-related offenses in U.S. (2011)

The Centers for Disease Control and Prevention uses the term “AIDS” (Acquired Immune Deficiency Syndrome) for the first time. (1982)

The CDC releases revised HIV testing recommendations for health care settings, recommending routine HIV screening for all individuals ages 13 to 64 and yearly screening for those at high risk. (2006)

Magic Johnson resigns from the National Commission on AIDS, stating in a letter to President Bush that his administration has “utterly ignored” the commission’s recommendations and “dropped the ball” on AIDS. Twenty-five years later, in August 2017, six members of the Presidential Advisory Council on HIV/AIDS resign, stating that President Trump “simply does not care.” (1992) 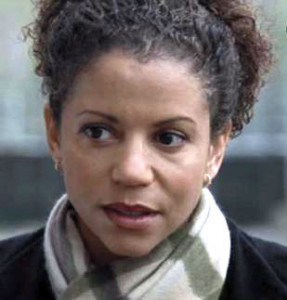 The Food and Drug Administration rules that the labeling of latex condoms must contain an expiration date. (1997)

The U.S. Food and Drug Administration approves Combivir, the first combination of two antiretroviral drugs in one tablet, which makes it easier for people living with HIV to take their medications. (1997) 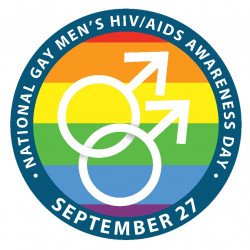 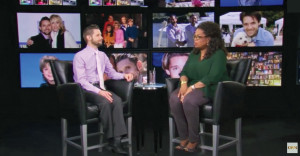 Former child star Danny Pintauro (Who’s the Boss?) reveals he’s been living with HIV since 2003 on the TV show Oprah: Where Are They Now? (2015) 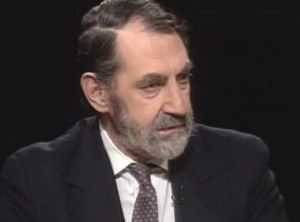 The Centers for Disease Control and Prevention launches the first AIDS-related public service announcements, “America Responds to AIDS.” The campaign encourages a dialogue about HIV and AIDS and kicks off the newly designated AIDS Awareness Month in October. (1987

Senate Bill 1007 Mandatory Testing of Prostitutes was signed into law in California. (1988)

Fashion designer Mondo Guerra, a contestant on season 8 of Project Runway, reveals that he is HIV positive during the runway panel.  (2010)

The first Road to AIDS 2012 town hall meeting kicks off in San Francisco. This is the first of 15 meetings to be held across the country, leading up to the XIX International AIDS Conference, to be held July 22 through 27, 2012, in Washington, DC. (2011) 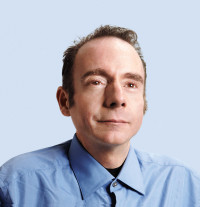 Timothy Ray Brown, the first person to be cured of HIV, dies of leukemia at age 54 In Palm Springs, California, after a five-month battle with the illness. Formerly known as “the Berlin Patient,” Brown was on antiretroviral treatment for his HIV when he was first diagnosed with leukemia in 2006. He underwent two bone marrow transplants, which used stem cells from a donor with a rare genetic mutation that blocks HIV from entering cells. The transplants led to sustaining HIV remission and his cure. (2020) 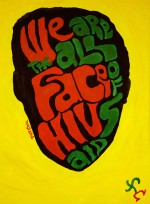 Randy “freedom clay” Rogers, We Are All the Face of HIV/AIDS, 2012, Acrylic on canvas

In the midst of the global pandemic of HIV/AIDS, I was proud to see community based participatory research done in Durham, NC that methodically brought young Black adults (18-30), community members and social scientists together to have a real conversation about ways to decrease HIV infection via increasing awareness, examining reception and potential engagement in HIV biomedical research in this area of the country. Our attitude about HIV and the people who are disproportionately infected plays a significant role in HIV prevalence and incidence around the world.  We are all the face of HIV and together, we can change the “face” and the “state” of HIV.