The nation’s only independent public interest law firm providing free legal services to people living with HIV has just marked 30 years of service. AIDS Law Project of Pennsylvania celebrated the milestone this month with an event titled “Pearl” at Asian Arts Initiative—and by creating a video about its work. (You can watch the video below.)

“When we were founded in 1988, the idea was to provide some support, some dignity to people who were not going to survive,” explains Ronda Goldfein, the law firm’s executive director in the video. “And now we see that as the virus has changed, the services that we have provided are changing. And we’re now helping people live healthy lives, plan for their futures.”

Over the decades, the firm has helped people living with HIV navigate cases involving discrimination, health care, housing, debt and numerous other legal topics. Notable cases include suing the Milton Hershey School, a private boarding school that refused to admit a student who had HIV. Recently, the AIDS Law Project worked on the breach of privacy lawsuit against health insurer Aetna, which mailed letters to clients in envelopes whose windows possibly exposed personal HIV data.

Julie Graham, an HIV-positive health care working in Pennsylvania, turned to AIDS Law Project after she faced multiple charges for nondisclosure to her partner. The law firm successfully educated the district attorney about how people who—like Graham—have an undetectable viral load thanks to adherence to antiretroviral meds cannot sexually transmit the virus. 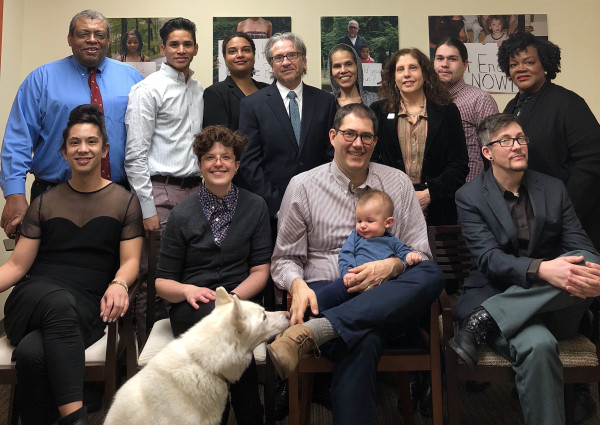 “AIDS Law Project was family to me,” Graham says in the video. “It was more of an acceptance and acknowledgement of what I was feeling, that I didn’t do something wrong, that they understood what I was going through and they supported me.”

Looking to the nonprofit firm’s future, Goldfein says, “As time has gone on, there are areas in which our expertise can be useful. We identify other vulnerable populations that we can bring our 30 years of experience to help.”

Earlier this year, POZ interviewed Goldfein for a profile on the project. For more, read “Good Counsel.”