For HIV-positive people who develop lipoatrophy, or fat loss, in their faces, arms and legs, perhaps the most frustrating thing is that few options are available to reverse it. Not wanting their bodies to betray the fact that they have HIV, many living with lipoatrophy resort to pricey cosmetic procedures to fill cheeks and bums.

But new data raise the question of whether it is possible for HIV-associated lipoatrophy to be reversed naturally by the body itself. In studies conducted at the Karolinska Institute in Stockholm, researchers showed for the first time that our bodies are constantly producing new fat cells to replace others that have died. While these results, reported in Nature, may be a frustrating reality for overweight individuals looking to lose flab—and keep it off—these new findings are being discussed as a potential beacon of hope for those with this stigmatizing HIV treatment side effect.

The long-standing suggestion among researchers has been that the number of fat cells, or adipocytes, in our bodies is determined early in life, likely during childhood and adolescence. While research has established that adipocytes expand and contract—rendering us fatter as they fill and thinner as they empty—there has been little previous evidence showing that these cells die or are replaced. Consequently, the reigning theory has been that once fat cells are removed or die, they are gone forever. And for people with HIV-associated lipoatrophy, this meant that fat loss could only be reversed via expensive and sometimes painful cosmetic correction.

However, the new data from Karolinska’s Kirsty Spalding, PhD, and her colleagues indicate that fat cells may repopulate naturally to achieve a “steady state” number in the body.

In their first experiment, Spalding’s team took samples of abdominal fat from people who were about to have gastric bypass surgery, and then again after they had lost a lot of weight. The number of fat cells before and after surgery remained the same. What changed, as has been shown in the past, was the size of the individuals’ fat cells.

The researchers then conducted experiments on adipocytes taken from 35 trim and overweight study volunteers. The question now was whether the set point was due to a very long-lived population of adipocytes or a cycle of cell death and replacement working closely in lockstep.

By measuring a substance called carbon 14 in the adipocytes to determine the age of the cells, Spalding’s group found that some cells were much younger than others. And with the help of mathematical modeling, the researchers reported a remarkable steady state, whereby 10 percent of our fat cells die and are replaced on a yearly basis.

Spalding and her colleagues suggest that replenishment comes from the maturation of immature fat cells or from stem cells turning into fat cells.

Grace McComsey, MD, chief of the Division of Pediatric Infectious Diseases and Rheumatology at Case Western Reserve University in Cleveland and a researcher who has long studied HIV and fat loss, thinks that the Swedish study is interesting, but she stresses that it’s too early to know what the implications will be for HIV-positive people with lipoatrophy.

The usual culprit behind lipoatrophy in HIV-positive people is a group of nucleoside reverse transcriptase inhibitors known as thymidine analogues, notably Zerit (stavudine) and Retrovir (zidovudine). These drugs damage the energy generators, called mitochondria, inside adipocytes and cause the cells to die.

It is for this reason that McComsey recommends people avoid or switch off of these drugs whenever possible. For people who’ve already experienced fat loss, McComsey is hopeful that the Swedish study is correct. “Maybe you can regenerate some of the fat cells that were dying due to thymidine analogues, now that you’ve taken away the offending agent,” says McComsey. If the adult body is hardwired to maintain a certain number of fat cells, she explains, stopping the offending drug should result in an eventual replacement of adipocytes that have been lost.

McComesey says it’s difficult to make direct comparisons between HIV research and the Swedish study, but says that she is cautiously optimistic. If there is a fat-cell set point, she reasons, then it is possible that adults with lipoatrophy will eventually regain the fat they’ve lost—if they stop the offending medications. What’s less certain is how long it will take for those fat cells to return. McComsey also has concerns for HIV-positive children and adolescents, who may reach an age when their body would normally settle on a certain number of fat cells to retain with far fewer fat cells than normal.

While studies involving HIV-positive people have shown improvements in lipoatrophy, the recovery process is slow. At a rate of 10 percent per year, a person who has lost half of the fat cells in their arms and legs would need about eight years to regain all of them back.

But McComsey feels there’s reason to remain optimistic. And she points out that if obesity researchers find a way to limit or reduce the number of fat cells in obese individuals, they may also discover a method of speeding up the replacement of fat cells in those with lipoatrophy. Helping others benefit from research that’s trying to make people thinner would be a wonderful irony. “After all,” says McComsey, “other diseases, like hepatitis, benefit from advances in HIV research all the time.” 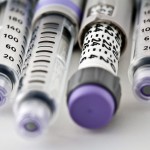 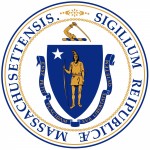 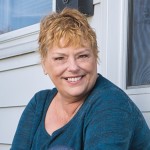