Highlights from the 13th AIDS Vaccine Conference held in Barcelona.

A possible “breakthrough” in the decades-long quest for a vaccine that could prevent people from acquiring HIV created the most buzz at the 13th AIDS Vaccine Conference, held October 7 to 10 in Barcelona.

This news—regarding a successful trial in monkeys and employing an engineered cytomegalovirus—along with announcements on new clinical trials created a cautious sense of optimism among the attendees, numbering about a thousand researchers, scientists, physicians, advocates, funders, policy makers and other stakeholders.

After more than 30 years into the HIV/AIDS pandemic, a vaccine remains elusive—and much needed. Globally, about 35 million people are living with HIV, according to the Joint United Nations Programme on HIV/AIDS (UNAIDS). Sub-Saharan Africa is home to two-thirds of them. New infections have stabilized at about 2.5 million per year across the globe. In the United States, about 1.1 million people are HIV positive, and nearly 50,000 people contract the virus each year—with African Americans and Latinos disproportionately affected. Men who have sex with men—especially those of color—have among the highest infection rates across the globe.

Even with more investments in prevention and treatment, “UNAIDS has modeled that new infections would plateau at about 1 million per year,” said Mitchell Warren, the executive director of AVAC. “That’s why we need a vaccine to bring it below 1 million.”

AVAC is a member of the international consortium that sponsored AIDS Vaccine 2013 and has pooled resources to "speed the development of a safe and effective HIV vaccine." The Global HIV Vaccine Enterprise includes U.S., Thai and South African governments, the Bill & Melinda Gates Foundation, UNAIDS, the World Health Organization, the International AIDS Vaccine Initiative and Sanofi Pasteur, the largest company in the world devoted to vaccine development.

AIDS Vaccine 2013 was the first public presentation of the research by Oregon Health and Science University’s Louis J. Picker, MD, originally published in the journal Nature. Picker’s study demonstrated that vaccinated monkeys can clear simian immunodeficiency virus—SIV, the monkey equivalent of HIV—from their bodies. (Picker’s research team used an aggressive strain of the simian virus, called SIVmac239 and described as "up to 100 times more deadly than HIV.") The vaccine was effective in nine of the 16 monkeys in the study.

Picker’s research team fused SIV genes to the cytomegalovirus (CMV), which is from the herpes virus family. The immune system responded to the infection by doing what it normally does—releasing new white blood cells called CD8 “hunter-killer cells” that kill cells infected with SIV. These CD8s are normally primed to target the virus, but in this case, according to The New York Times, they operated in “an atypical state of mid-activation” and persisted in tissue while “eliminating their targets quietly without triggering inflammation or even a mild fever.”

CMV is thought to be particularly useful because of its infectious power to sweep throughout the body. What’s more, Picker said, there’s a large safety margin because “more than half of the people in the United States already have this virus in their body, and up to 80 or 90 percent of people in the developing world already have it.” In other words, that’s more than 5 billion of the world’s 7 billion inhabitants.

“CMV could work because most of us have it in our systems and it is active all the time,” added William Snow, director of the Global HIV Vaccine Enterprise. “Most of the vaccine that we have been testing?you get the vaccine and there is no vaccine left after the initial reaction.”

This new vaccine strategy could be a “breakthrough” because HIV is “particularly Machiavellian,” said Picker. The virus constantly mutates and hides from the body’s immune system—which is why vaccine research has so far proved largely ineffective.

“The stars are aligned, and we feel we have a very good shot,” Picker said. “This vector also seems to work for tuberculosis, and we need a larger study to prove this.”

Picker is not sure why the vaccine worked in only about half of the animal subjects—perhaps that particular strain of SIV was “too deadly.” Although no trials have included humans, Picker is confident the vaccine could work in humans.

Picker estimates it could take at least two years to secure funding and regulatory approval for Phase 1 clinical trials in humans.

More promising news: A coalition of funders, product developers and trial groups are moving forward in Thailand and South Africa with two large clinical trials based on the modest success of RV144. Although the world’s largest and most promising vaccine candidate to date—results were announced September 2009—the RV144 trial reduced new infections by almost a third, which was not deemed effective enough to change the course of the epidemic. But that doesn’t mean the game’s over. The P5 Partnership hopes that Phase II clinical trials will begin by 2016.

Some of the Thai volunteers will be given a “booster vaccine to determine if this can extend or increase immunity to HIV,” reports IRIN Global. Additional clinical trials involving men who have sex with men in Thailand and South Africa are scheduled. “But the vaccine will have to be modified to contain the strain of HIV most common in South Africa.”

"Even if both of those trials succeed, we may have licensed vaccines that are only valid in Thailand and/or South Africa because of the different sub-types of HIV,“ cautioned AVAC’s Mitchell Warren. ”This is why we need a global vaccine."

Also making news was a suite of programming and research devoted to the failure of an adenovirus type 5 vaccine. Three studies have been cancelled in the past six years using this vector—and at least two studies demonstrated increased risk of acquiring HIV after vaccine inoculations.

“We do not recommend adenovirus 5 as a platform for an HIV vaccine,” announced Glenda E. Gray, MD, executive director of the Perinatal HIV Research Unit of the University of the Witwatersrand, South Africa.

Three common themes emerged throughout the conference: The first was that vaccine research was at a crossroads. The second was that vaccine research needed to be more fully integrated with prevention and biomedical interventions. And on that note, this year marked the last conference focused only on AIDS vaccines—next year’s conference in Cape Town, South Africa, is titled “HIV Research for Prevention 2014: AIDS Vaccine, Microbicide and ARV-based Prevention Science.”

The third recurring theme was the lack of funding.

“We do not have enough money for vaccine research,” said Scott M. Hammer, MD, chief of infectious diseases at Columbia University College of Physicians and Surgeons and protocol chair of the HVTN 505 study, which was cancelled in April 2013.

“We need more efficacy trials. The sequester and shutdown have harmed our work, and many of my colleagues could not attend this conference,” he added, referring to the U.S. government shutdown in October. The funding impasse forced the National Institutes of Health to furlough many employees and cancel its delegation to Barcelona.

“The cost of these trials may seem large when we conduct them. But it will be a drop in the bucket compared to the long-term cost.”


Rod McCullom has written and produced for ABC News, NBC, The Atlantic, Ebony, the Los Angeles Times and others. He is reporting from Barcelona as an AIDS Vaccine 2013 International Media Fellow. 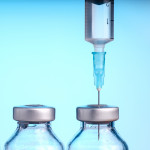