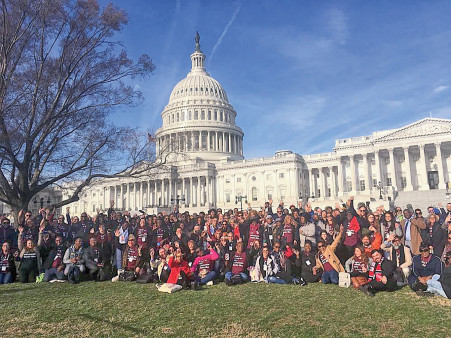 At this year’s AIDSWatch, activists called out CDC’s director Robert Redfield for the health agency’s patent rights on Truvada for PrEP.

Nearly 600 HIV activists gathered in the nation’s capital for the annual AIDSWatch, the largest HIV advocacy event of the year. Throughout two days, participants networked, attended conferences and panel discussions, and then lobbied their respective congressional representatives “to once and for all commit to ending the HIV epidemic,” said AIDS United president and CEO Jesse Milan Jr. “We have the science and tools to turn this dream into a reality, but it must be met by a strong federal commitment and investment.” One federal health leader—Robert Redfield, MD, the director of the Centers for Disease Control and Prevention—came under fire during his keynote address at AIDSWatch’s opening session. Holding up posters reading “Shame #CDC,” activists called on Redfield to enforce the CDC’s patent rights on Truvada for PrEP, or pre-exposure prophylaxis. Earlier this year, advocates discovered that the CDC owned the patent for PrEP use and could leverage it to lower costs—but has not done so. AIDSWatch, now in its 26th year, is spearheaded by AIDS United along with Treatment Access Expansion Project and the US People Living with HIV Caucus. The presenting sponsor is The Elizabeth Taylor AIDS Foundation. 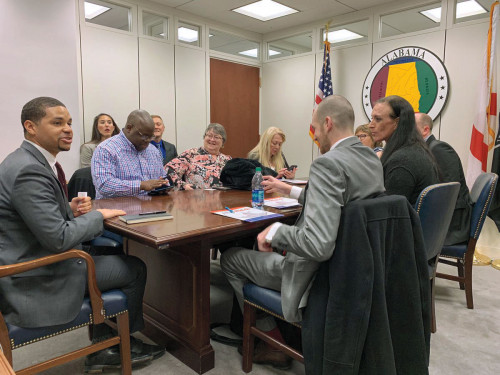 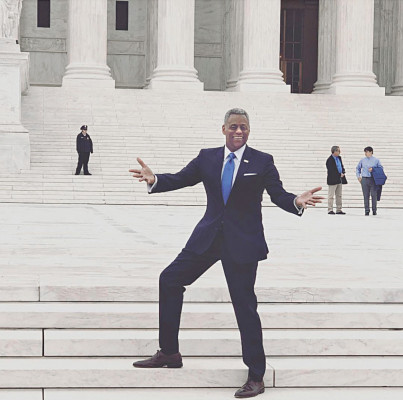 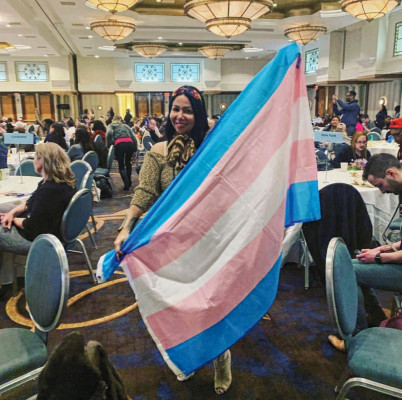 Maria Mejia waves the transgender flag at the conferenceInstagram/@mariahivmejia