So often the phrase alternative medicine is bandied about to describe what some view as the ugly stepsister of mainstream medicine. Even POZ used to run a column called “Alternative Health,” which commented (although favorably) on many therapies I’ve used in my quest for health that were anything but alternative; in fact, I frequently considered them to be primary care.

When I received my HIV diagnosis in 187, Western medicine had very little to offer me. I refused the AZT then mass-prescribed and instead turned to a multitude of “alternative” therapies: Massage, acupuncture, herbs (Eastern and Western), dietary changes, vitamin C, chiropractic care, bio-feedback, meditation and my own spiritual searching. Many of my HIV positive friends thought I was crazy, and maybe some of the treatments were a little nutty. Unfortunately, most of those friends are now dead.

Four years ago, my general practitioner gave up his HIV practice because, he said, he felt frustrated by his inability to save lives. He kept his patients with asthma an angina, but abandoned the ones with AIDS, some of whom were extremely ill. I wondered what a person like this was doing in any healing profession. Life insurance sales probably would have been a more appropriate calling. Through it all, however, my acupuncturist, massage therapist and all the other “alternative” practitioners stood by me, supported me and became my primary caregivers.

My purpose here is not to bash MDs, because their wisdom and training are indisputably valuable. But I do think it’s important to realize what we need to sustain our health and not leave out any possibilities. Perhaps by using the terms cooperative medicine or complementary medicine, we could start reducing the polarization between the words of standard and holistic care. In 1992, the National Institute of Health (NIH) set up, by congressional mandate, an Office of Alternative Medicine. This was a big step, and I hope they finally get the bucks they need to do serious research (so far, they’ve only been given a pittance). I would also love to see the name changed to the Office of Cooperative Medicine.

On 1993, I took an amazing workshop with Rosalyn Bruyere, a Native American – trained medicine woman from California and a NIH consultant. She demonstrated the ancient technique of “running energy” (using one’s hands to direct a specific frequency of energy into a patient’s body), on which she had conducted extensive scientific research with Dr. Valerie Hunt, professor emeritus of physiology at UCLA. I started seeing a local healer trained by Bruyere and had more stamina after each session.

But by 1996, my Kaposi’s sarcoma had spread to my lungs, and I realized I needed to treat it more aggressively. I called Bruyere, and to my astonishment, she urged me to start chemotherapy while continuing the running energy. I tried several different chemo drugs, DaunoXome being the most successful. Later I went to see Bruyere, who treated me for five days with hands-on healing and gave me several valuable tools to combat the KS: Baking-soda baths, massage, martial-arts exercises and self-administered running energy directly into the lesions. Eventually the integration of therapies was successful: The healing sessions boosted the chemo’s effectiveness while reducing its toxicity. Today the lung lesions are gone and only a few external ones remain, all stable.

Cooperative medicine has also kept me alive long enough to enjoy the benefits of protease inhibitors. I thankfully have a fine physician who is a dog soldier when it comes to finding drugs for AIDS-related illnesses. He also has books like Vibrational Healing on his office shelf and is open to healing methods outside the conventional realm. This is cooperative medicine at its best.

The Native American Medicine Wheel is a tradition of solving problems by convening a circle of representatives from each lodge. That is, everyone cooperates. Shouldn’t the healing professions also cooperate? The New Age belongs to us all now. We can’t afford to shove it into the corner of a select few. And in case you haven’t noticed, meditation, energy work and other “alternative” approaches are not solely the domain of metaphysical junkies anymore. I urge conventional doctors and holistic practitioners to come together, do research together and stop fearing each other. We don’t have room for a physician who laughs at acupuncture or a charlatan who thinks all doctors are evil. When our brothers and sisters are gravely ill, it would be wise to embrace all possibilities wholly. As a person living with AIDS, I have bet my life on it. 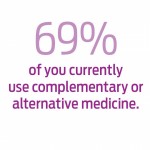