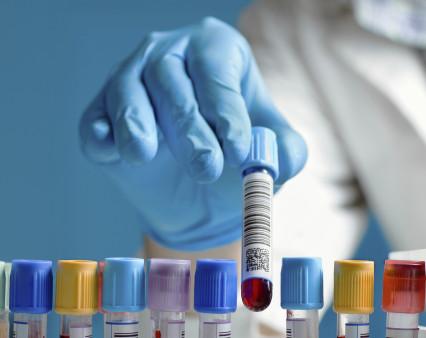 Most Americans Are Never Tested for HIV

Recommendations call for everyone to get tested at least once in their lifetime.

Fewer than 40% of Americans have ever been screened for HIV, and only around a third of people at greatest risk and those living in areas with a high HIV burden received a test during the past year, according to a new report from the Centers for Disease Control and Prevention (CDC).

The report, released on National HIV Testing Day (June 27), shows that lifetime testing rates vary widely by state and local jurisdiction, ranging from just 30% in Oklahoma to over 70% in Washington, DC. Some of the lowest rates were in the South, which now accounts for more than half of all new HIV infections.

“Knowledge is power when it comes to HIV—that is why everyone in America should get an HIV test at least once in our lives,” Jonathan Mermin, MD, MPH, director of the CDC’s National Center for HIV/AIDS, Viral Hepatitis, STD and TB Prevention, said in a press release. “It is a simple way we can all help end the HIV epidemic in the U.S.”

Testing is the first step toward prompt initiation of antiretroviral treatment if HIV positive—ideally on the day of diagnosis—or consideration of pre-exposure prophylaxis (PrEP) or other prevention strategies if HIV negative. However, the CDC estimates that one in seven people living with the virus do not know their status, and this group accounts for almost 40% of new infections.

The CDC recommends that everyone between ages 13 and 64 should be screened for HIV at least once in their lifetime, while those at higher risk should get tested more often. The CDC says the following groups should receive an HIV test at least annually:

The researchers focused on the 50 local jurisdictions—48 counties, Washington, DC, and San Juan, Puerto Rico—where a majority of recent HIV diagnoses were concentrated as well as on seven states with disproportionately high HIV rates in rural areas. The Ending the HIV Epidemic initiative, announced in President Donald Trump’s State of the Union address in February, aims to reduce new infections by 90% by 2030, focusing first on these heavily affected areas.

The survey found that 39% of all adults had ever received an HIV test. The proportion rose to 47% for residents of the 50 jurisdictions that accounted for over half of recent diagnoses but fell to 36% in the seven states with disproportionate rural HIV cases.

Among the 50 local jurisdictions, the percentage of adults who had ever been tested for HIV ranged from 37% in Maricopa County, Arizona, to 71% in Washington, DC. The other areas with testing rates of 60% or higher were Manhattan (60%), Baltimore (62%) and the Bronx (70%).

About 3% of the 15,701 survey respondents reported recent HIV risk behavior. Within this group, 65% had been tested at least once, but just 29% were tested within the past year, as recommended. Here, too, the recent testing rate was higher in the 50 designated jurisdictions (34%) compared with the seven states (26%). Within these states, people residing in rural areas were less likely than those in urban areas to have had a recent test (29% versus 18%, respectively).

Among all adults, regardless of risk, 10% had been tested within the past year. The proportion of people tested recently ranged from 8% in Alameda County (Oakland and Berkeley), California, to 31% in the Bronx. The recent testing rate in Alameda was substantially lower than the rate across the bay in San Francisco (15%), and the Bronx had a higher rate than Manhattan (22%), Brooklyn (22%) or Queens (18%), showing substantial variation even among neighboring jurisdictions.

Lifetime testing rates for all adults were generally low in both urban and rural areas of the seven states, all falling within the 30% to 40% range, the CDC researchers reported. Testing within the past year was uncommon, ranging from 7% to 13%.

“Testing percentages varied widely by jurisdiction but were suboptimal and generally low in jurisdictions with low rates of diagnosis of HIV infection,” the author concluded. “To achieve national goals and end the HIV epidemic in the United States, strategies must be tailored to meet local needs. Novel screening approaches might be needed to reach segments of the population that have never been tested for HIV.”

These strategies, they suggested, might include routine HIV screening in health care settings, including urgent care facilities; integrating HIV screening with other sexual health care; scaling up partner notification; offering screening to people in the social and sexual networks of those seeking HIV tests; pharmacist-led screening; and mass distribution of HIV self-tests.

“Getting tested for HIV is quicker and easier than ever before—and when you take the test, you take control,” Eugene McCray, MD, director of CDC’s Division of HIV/AIDS Prevention, said in a statement. “It’s my hope that through the initiative to end the HIV epidemic, we will increase testing and early diagnosis, speed linkages to care and help ensure rapid treatment is available to help save lives and prevent new HIV infections.”