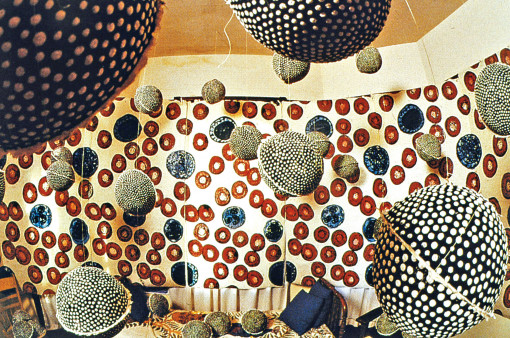 Art That Makes You Go Hmmm 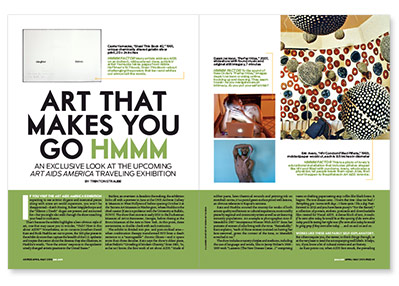 
If you visit the Art AIDS America exhibition expecting to see activist slogans and memorial pieces along with some art-world superstars, you won’t be disappointed—Keith Haring, Robert Mapplethorpe and the “Silence = Death” slogan are present and accounted for—but you might also walk through the show scratching your head in confusion.

That’s because the exhibit highlights a less-obvious style of art, one that may cause you to wonder, “Huh? How is this about AIDS?” Nonetheless, as co-curators Jonathan David Katz and Rock Hushka set out to prove, the 100-plus pieces in the exhibit do more than capture the breadth of the U.S. epidemic and inspire discussion about the disease; they also illustrate, in Hushka’s words, “how the artists’ response to the epidemic utterly changed artistic practice in the United States.”

But first, an overview: A decade in the making, the exhibition kicks off with a preview in June at the ONE Archives Gallery & Museum in West Hollywood before opening October 3 at the Tacoma Art Museum in Washington, where Hushka is the chief curator (Katz is a professor with the University at Buffalo, SUNY). The show then moves in early 2016 to the Zuckerman Museum of Art in Kennesaw, Georgia, before closing at the Bronx Museum of the Arts in New York. At this point, dates are tentative, so double-check with each institution.

The exhibit is divided into pre- and post-cocktail eras—when combination therapy transformed HIV from a death sentence to a “manageable” chronic illness—and it spans more than three decades. Katz says the show’s oldest piece, Izhar Patkin’s “Unveiling of Modern Chastity,” from 1981, “is, as far as I know, the first work of art about AIDS.” Made of rubber paste, latex theatrical wounds and printing ink on stretched canvas, it’s a putrid green surface pitted with lesions, an obvious reference to Kaposi’s sarcoma.

Katz and Hushka scoured the country for works of both artistic quality and historic or cultural importance, most notably pieces by regional and community artists as well as art featuring minority populations. An example is photographer Ann P. Meredith’s 1987 “Anonymous Woman With AIDS” from her portraits of women of color living with the virus. “Remarkably,” Katz explains, “each of those women insisted on having her face removed, given the context of the time, so Meredith scratched it out.”

The show includes a variety of styles and mediums, including the use of language and words, like in Jenny Holzer’s 1988–1989 work “Laments (The New Disease Came…)” comprising verse on drafting paper resting atop coffin-like black forms. It begins: The new disease came. / I learn that time / does not heal. / Everything gets / worse with days. / I have spots / like a dog. Fast-forward to 2013 and you have fierce pussy’s “For the Record,” a collection of posters, stickers, postcards and downloadable files created for Visual AIDS. A dense block of text, it reads: if he were alive today he would be at this opening if she were alive today you’d be texting her right now if he were alive today he would be going gray if they were alive today … and on and on and on.


Works like these are fairly self-explanatory. But others require you, the viewer, to think things through, or at the very least to read the accompanying wall labels. It helps, too, if you know a bit of cultural context and art history.

As Katz points out, when AIDS first struck, the prevailing frame of reference in the art world was postmodernism, which claims that art is not the product of the maker but of the viewer. In other words, the artist is “dead” and the audience interprets, or creates, the true meaning of the work. As such, postmodern artists never include biographical elements or offer information that might influence the viewer’s experience (that’s why many pieces are labeled “Untitled”).

The early ’80s also witnessed the birth of the culture wars and intense censorship, when statements about sexuality and AIDS were verboten in mainstream museums. How to get around this? One popular reaction has been to create works that reference well-known pieces while giving them a twist. For example, Pop artist Tom Wesselmann was famous in the ’60s for his bright breakfast collages. Along comes AIDS activist Joey Terrill, who created a similar piece in 2000, “Still-life with Zerit,” subtly adding a bottle of the HIV med to the product placements in the kitchen landscape.

Other AIDS artists developed a new strategy. They “took a cue from the very infection that was killing them,” Katz says. “They decided to attack—undercover and camouflaged—and to essentially enter the museum virally. Félix González-Torres says this flat-out: ‘I have become a virus.’

“The remarkable thing,” Katz continues, “is that it succeeded. The work was circulated in the museum system, unmolested by the Neanderthals in Congress like Jesse Helms who were aggressively policing the representation of AIDS.”

The price of this successful strategy, though, is that the resulting pieces risk being too academic and removed for the general viewer. Works created in this style—or “strain” of art, as Katz calls it—reference HIV in the most indirect, oblique manner. Imagine, for example, that you visit a gallery and notice strings of red beads hanging from a rod placed over the doorway; after you walk through the beaded curtain, you realize it’s an artwork: González-Torres’s “Untitled (Blood)” from 1992. Given the year, you’d likely viscerally understand the subtext—You touched blood, you could be infected—but what would you make of his 1993 piece “Untitled (North),” comprising nothing more than strings of light bulbs hanging in the center of a bare room?

Katz and Hushka make the case that these are important works that went on to influence the next generation of artists. “They brought back the voice of the artist,” Hushka explains. “Contemporary artists working in an autobiographical frame have realized the dream of the AIDS activists. In this radical way of thinking of art, they’ve incorporated their own meaning back into the work.” The artist is no longer “dead.”

But hold on. The battle hasn’t been won. Both co-curators stress that HIV remains with us, as do the culture wars and censorship. Just five years ago, the Smithsonian censored a show Katz curated called Hide/Seek, about sexual identity in portraits; after complaints, it pulled a controversial David Wojnarowicz video that portrayed ants on a crucifix.

Both Katz and Hushka expect controversy this time around too, though neither can predict its precise focus. Likely contenders include Barbara Kruger’s 1991 “Untitled (It’s our pleasure to disgust you)” involving a gas mask and crucifix, and the 1989 Mark Chester piece titled “Robert Chesley – ks portraits with harddick and superman spandex.” Katz explains its relevance: “I can’t tell you how important this work was for a generation, in 1989, that had come to associate their own ejaculate with death. This work takes an obvious AIDS body and resexualizes it. It’s a remarkable work, and Robert Chesley is an important San Francisco playwright.”

Does that make you go hmmm? Regardless of your personal interpretations, the Art AIDS America exhibit is not to be missed. In fact, it’s one for the history books. 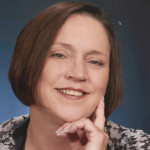 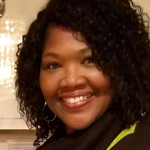 Sharing Her Journey of Empowerment 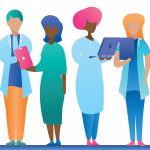 How to Talk With Your Care Team 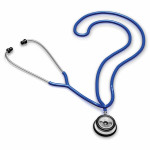 Tips for a Great Relationship With Your Providers