One a Day to Keep Heart Attacks Away?

Aspirin. It’s inexpensive, widely available and may reduce the risk of heart attacks and strokes among people living with HIV, but it’s not being used by many of those who might benefit, according to two new studies.

Many heart attacks and strokes begin when a cholesterol plaque causes the wall of an artery to tear, which results in platelets rushing to the area to clot the blood. If too many platelets accumulate, the tiny cells can block the blood vessel and cut off oxygen needed to keep the heart or brain working properly.

According to a recent New York University study, people on HIV meds have platelets that are even more likely to clump together, compared with HIV-negative folks. This may partly explain the higher rate of heart attacks among HIV-positive people.

Low doses of aspirin, the study suggested, may inhibit these clots. It also minimized markers of immune activation and inflammation, which can weaken blood vessels and increase the risk of tears.

So should those living with HIV start taking daily low-dose aspirin? Upon noting that a scant 17 percent of patients with cardio risks at a University of Alabama at Birmingham HIV clinic were being recommended to do so, study lead researcher Greer Burkholder, MD, and his colleagues said health care providers need more prompting to follow general guidelines for recommending aspirin, such as those published by the U.S. Preventive Services Task Force in 2009.

But more research is necessary. For example, he says, it’s unclear if some people living with HIV may face a higher risk of a potential serious side effect of daily aspirin therapy—hemorrhaging in the gut. “The decision over whether or not to take aspirin for primary prevention [of heart attacks or strokes] is something each individual should discuss with a health care provider in order to weigh the potential risks and benefits.” 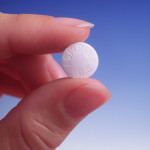 I take aspirin every day for back pain. Is this safe? 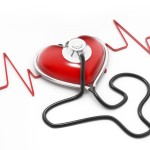 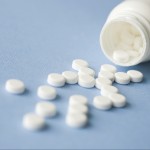 Short- or Medium-Term PrEP Is Safer Than Aspirin