Contractors claim the city’s AIDS housing program has not reimbursed them, leaving clients at risk for homelessness.

The City of Atlanta is under fire for reportedly failing to spend $41 million in funds supplied by the federal government to provide housing to people living with HIV/AIDS, reports the Atlanta Journal-Constitution. As a result, 250 clients could experience homelessness.

The figure represents nearly 40% of the $101 million that has been supplied by the federal government since 2014, according to numbers from the Department of Housing and Urban Development.

Several of the nonprofit organizations contracted by the city’s Housing Opportunities for Persons with AIDS (HOPWA) program to provide housing assert that a significant chunk of that funding is owed to them. The city has been consistently behind on its reimbursement payments, they said, sometimes even hundreds of thousands of dollars so.

“This is absolute absurdity,” Larry Lehman, the CEO of Positive Impact Health Centers, one of the nonprofit contractors, told the newspaper. “Agencies cannot fund the city of Atlanta when they’re sitting on $41 million.”

At this point, Lehman said, according to the Atlanta Journal-Constitution article, the city owes Positive Impact Health Centers about $1 million.

Caught in the crossfire between the contractors and the city are the thousands of locals with HIV/AIDS in need of a place to sleep at night, many of whom have already been evicted from or denied HOPWA-subsidized housing as funds run low.

“To put it clearly,” they wrote, “without the council’s immediate and expansive intervention, people will die in the streets.” 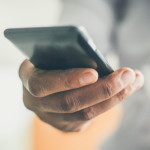