The decline was driven by lower infections among men who have sex with men, who have embraced the use of PrEP.

In Australia the annual HIV diagnosis rate declined by nearly 25% over five years and hit a low in 2018 not seen since 2001. The shift was driven by a considerable reduction in new diagnoses among men who have sex with men (MSM).

These findings are detailed in a new report from the Kirby Institute at UNSW Sydney, which found that 835 people were diagnosed with HIV in Australia in 2018, a 23% decline since 2013. During that time, as MSM increasingly adopted the use of pre-exposure prophylaxis (PrEP), the diagnosis rate among them declined by 30%.

“This reduction is very encouraging,” Rebecca Guy, PhD, head of the Kirby Institute’s Surveillance, Evaluation and Research Program, said in a press release. “Although we’ve seen reductions in recent years in some Australian states, in 2018 we saw significant reductions at a national level.”

“The introduction of PrEP in Australia, on a background of high and increasing HIV testing and treatment, has turned the HIV epidemic in gay and bisexual men around in this country,” Andrew Grulich, MD, head of the HIV Epidemiology and Prevention Program at the Kirby Institute, said in the same release. 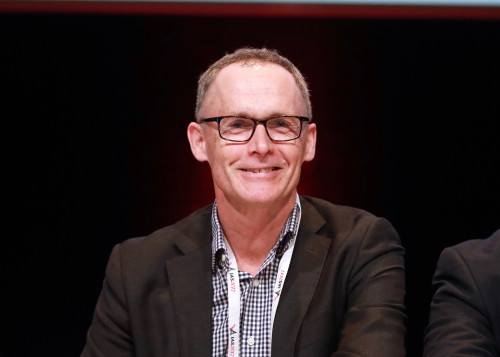 A separate PrEP monitoring report from the Kirby Institute found that between April and December 2018, 18,350 Australians began PrEP that was subsidized by Australia’s Pharmaceutical Benefits Scheme. An estimated 41% of Australian MSM who are at high risk of HIV were already taking PrEP in 2017. According to Kirby Institute modeling, should that PrEP-use figure reach a critical mass of 75%, this would trigger the ultimate elimination of HIV transmission among the nation’s MSM.

“Targeted health promotion and the removal of any structural barriers are required to make PrEP more accessible, particularly among gay and bisexual men from culturally diverse backgrounds and in those living outside of the inner cities of Australia,” said Grulich. “With expanded PrEP access, and a continued focus on testing, treatment and condom promotion, we’ll continue to see these encouraging declines.”

The report indicated that there has been no decline in the diagnosis rate among heterosexuals, who until recently accounted for about one in five new diagnoses but who now, given the drop in the rate among MSM, make up about one in four newly identified cases.

Additionally, there have been no significant declines in HIV diagnoses among Aboriginal or Torres Strait Islander populations.

To read a press release on the statistics, click here.

To read the report on HIV diagnoses, click here.