“Angels in America” wins three Tonys (where no one mentions HIV). And the Lammys honors Trevor Hoppe and Edmund White.

The Tonys and the Lammys have not forgotten about HIV. Well, not completely. Works about the virus took home top awards at ceremonies honoring the best in theater and literature.

Yet, as the Rev. Jason Lydon points out in TheBody.com, no one receiving those awards on the stage actually mentioned “HIV” or “AIDS”—not even playwright Tony Kushner (see the video above), who took the time to mention the importance of voting this year and who gave a shout-out to Judy Garland’s birthday. In his acceptance speech below, Garfield brought up the issue of LGBTQ equality: “Let’s just bake a cake for everyone who wants a cake to be baked.” And Lane mostly thanked his theater colleagues and his husband. Does this mean these three men don’t think HIV is an issue today? Lydon makes a strong case that it does (more on this subject later).

Meanwhile, the next night, also in New York City, the 30th annual Lambda Literary Awards (aka the Lammys) honored the year’s best in LGBT literature. HIV-themed honorees and awards included: 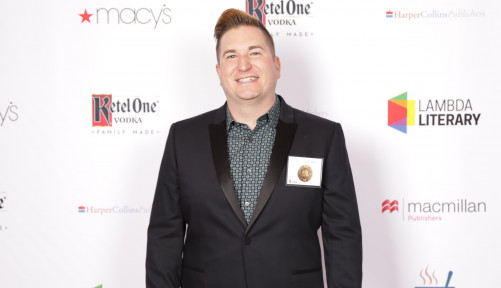 White’s work, such as 1977’s taboo-busting The Joy of Gay Sex, predates the first reported cases of what became known as AIDS. He is one of the cofounders, along with Larry Kramer, of GMHC (Gay Men’s Health Crisis), a groundbreaking organization that addresses the epidemic. Much of his writing—fiction, nonfiction and journalism—has involved HIV. In 2000, White spoke with POZ about his novel The Married Man and life in the HIV community. You can read that interview and an excerpt from the book here. 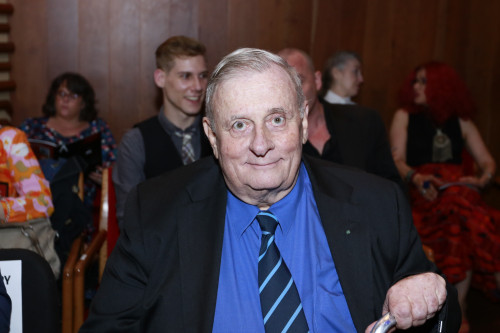 The Lammys included other HIV-related authors. Tony Valenzuela, Lambda Literary executive director, is an HIV-positive advocate who made headlines in the late 1990s for daring to talk about condomless sex (this was the age before PrEP). For a history lesson, read the February 1999 POZ cover story about him, “They Shoot Barebackers, Don’t They?” 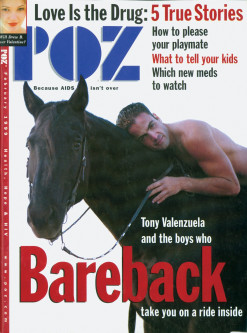 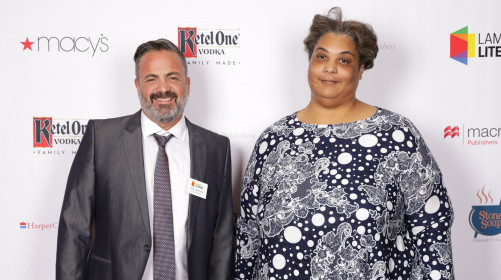 Also at the Lammys were nominees Anne-Christine d’Adesky, whose The Pox Lover: An Activist’s Decade in New York and Paris was nominated as best Lesbian Memoir/Biography, and Avram Finkelstein, whose After Silence: The History of AIDS Through Its Images was nominated in LGBTQ Nonfiction.

You can read an excerpt from d’Adesky’s book in POZ here. Last year, she organized an event to honor fellow journalists who covered AIDS and announced a scholarship for HIV journalism. Read more about that here.

Finkelstein is one of a group of men who created the iconic “Silence = Death” poster. You can read an excerpt from his book about that subject here and more history behind the slogan here. 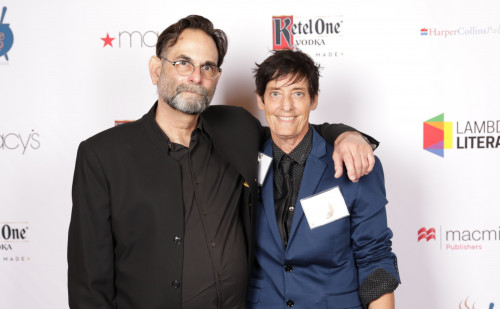 In related news, AIDS historian Sarah Schulman also makes the case that Angels in America fails to bring relevant HIV discussions to the 21st century, partially a result of “white gay male oppression.” Don’t miss her provocative interview in POZ titled “How to Deal With Conflicts About Ex-Lovers, HIV, Trump and More.”

Another must-read article is Buzzfeed contributor Steven Thrasher’s “Why Is ‘Angels in America’ Still the Most Prominent Story Being Told About AIDS?”