A second baby born with HIV—this one in Long Beach, California—now has no detectable evidence of the virus following an aggressive antiretroviral (ARV) treatment regimen given shortly after birth. Viral RNA was detected in the baby’s spinal fluid, indicating that she was “definitely infected,” in the words of Deborah Persaud, MD, of Johns Hopkins Children’s Center, who participated in the laboratory evaluation of both children.

Just like the previous case in Mississippi, the Long Beach baby was born to an HIV-positive mother who had not taken the proper steps to prevent transmitting the virus to her child during pregnancy. In an attempt to replicate the success of the Mississippi baby’s case, pediatricians at Miller Children’s Hospital in Long Beach immediately gave the infant HIV treatment doses of zidovudine (AZT), lamivudine (3TC) and Viramune (nevirapine), as opposed to prophylactic doses.

When the child was 9 months old, highly sensitive tests could not detect the presence of HIV in the child’s peripheral blood. She is still taking ARVs, so she cannot, however, be qualified as functionally cured or in viral remission at this time.

Lisa M. Frenkel, MD, a professor of pediatrics at the University of Washington in Seattle, has long followed her own protocol for high-risk infants, treating them with a more aggressive ARV regimen. If research on the safety and efficacy of such an approach pans out to support its potential for curing infants, Frenkel’s all for a widespread change in treatment tactics.

“To me, for eons [the treatment protocol] has warranted being changed,” she says. 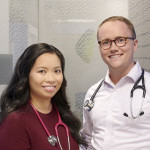 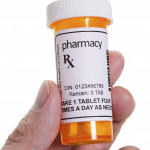