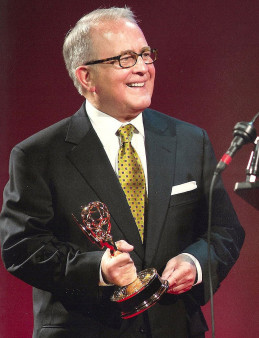 A journalist with experience reporting on the early U.S. AIDS epidemic reflects on HIV and COVID-19. 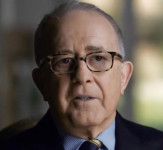 Hank PlanteFrom the film 5B

Henry A. “Hank” Plante is an award-winning journalist. One of the first openly gay television reporters in the United States, he had a long career that put him on the front lines covering the AIDS epidemic. Currently, Plante is on air at NBC Palm Springs in California. He is also an editorial board member of the Desert Sun newspaper. Previously, he covered California for three decades on TV in San Francisco and Los Angeles. He began his career in Washington, DC, as a print journalist.

Among his professional accolades are six Emmy Awards and a Peabody Award; he was also named Reporter of the Year by The Associated Press. He was inducted into the LGBT Journalists Hall of Fame, which is sponsored by NLGJA: The Association of LGBTQ Journalists. He has also received awards from GLAAD and the San Francisco AIDS Foundation. Most recently, he received an award from the Desert AIDS Project.

Plante spent the bulk of his career at KPIX-TV (CBS 5) in San Francisco. He was there for 25 years before retiring from the station in 2010. During that time, he led its coverage of the AIDS epidemic and several LGBT issues. Footage of that coverage made up much of the 2018 documentary 5B, which tells the story of a group of nurses and caregivers who opened the first AIDS ward in the world. Located in San Francisco General Hospital, the ward was named 5B, hence the film’s title.

The documentary was honored at the 2019 Cannes Film Festival and won a 2019 POZ Award for Best Film. In addition to the vintage footage, the film includes current interviews with key people from the AIDS ward. Plante is also interviewed in the film.

How did you get involved in 5B?

One of the directors, Dan Krauss, was familiar with my work as a reporter, so he had his researchers call me. They told me they wanted to do a documentary on the 5B nurses, but they also wanted to broaden it. Of course, the nurses would share what it was like inside the hospital. However, they wanted someone to put in perspective what was happening outside the hospital in the community.

The film has lots of archival footage. How much of it came from you?

A lot. Their research team contacted local stations in San Francisco for footage. They got a great deal of it from them, but most stations didn’t have their old videotape. Stations would often reuse tape because it was expensive, and tape disintegrates, so it’s complicated.

When I was asked to participate in the film, they also asked me if I had footage of my old stories. As it turns out, I kept many of them on disk. I actually had three disks worth of stuff.

As a gay man, I had a sense way back at the beginning of the AIDS crisis that it was going to be a big deal. That was a common feeling for many gay men back then. We were the ones taking it seriously, because our friends were getting hit. So I started keeping them on disk—not all, but the ones that I was proud of.

Please share some of your reflections on the reactions to the film.

Johnson & Johnson funded the documentary, then Verizon bought it from them and distributed it. So these are big companies behind it. They flew those of us who participated all over the world. We would split up in teams, going to different places. We went to the Cannes Film Festival, which was just wonderful.

They would show the movie, and then we would have a panel discussion afterward. I’ve done that in cities all over America. That’s where I really got a sense of people’s reaction to it. It’s very emotional watching 5B, but I was struck at how little the audiences understood about how bad it got, especially young viewers. That was the biggest surprise. 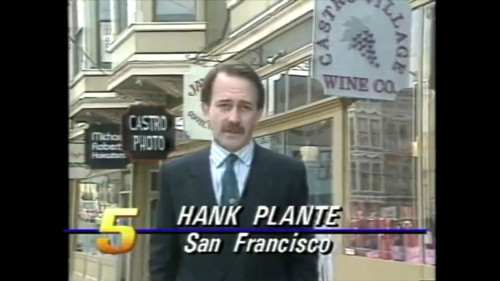 In 5B, you say that you were in the room when President Reagan said AIDS in public. Could you give us more details?

Reagan apparently said AIDS at a press conference in 1985, but this event in 1987 is the one most people refer to as the first time he said the word in public. It was an outdoor speech at an event by amfAR, The Foundation for AIDS Research. Mathilde Krim, PhD, the founding chairman of amfAR, hosted the event with Elizabeth Taylor, who talked Reagan into the speech.

Mathilde Krim put out word to some of the attendees that she and others might walk out on the speech, then she tipped me off, as well as other reporters. She said folks would take their cue from her. If she stood up, then folks would walk out. The walkout didn’t happen, but she knew how to use the media.

Reagan was certainly upset through much of the speech. He wasn’t used to being booed. He did what President Trump does now, just play to his audience. You didn’t see Reagan talk much with people who disagreed with him.

I am told that Rock Hudson discovered he had AIDS by seeing a photograph of himself at a White House reception line saying hello to Ron and Nancy. He noticed he had a spot on his own neck, which was Kaposi sarcoma. The president and the first lady moved in a gay Hollywood world, and they barely did a damn thing about AIDS.

Also in the film, we see footage of you at the AIDS Memorial Quilt.

That was in Washington, DC, in 1987. It was the first time it was unveiled on the National Mall. That was a whole weekend of activity. I was there at dawn when the first panels started to unfold. I stood at the edge and broke down, which didn’t happen to me much. I usually kept it together. I’ll never forget that moment.

On that day, so many relatives and friends of people who were memorialized in the Quilt showed up. I remember a woman just staring at a panel. I asked if she knew him. She was his wife. I interviewed her. I remember seeing Whoopi Goldberg standing at the Quilt crying. It was pretty overwhelming.

You’ve seen the early days of AIDS and now the beginning of the COVID-19 pandemic. How do they compare?

So with HIV, here’s a mysterious virus that seemed to come out of nowhere. People didn’t know how it was spread. Reports that people were dying sounded gruesome. The president was ineffective and uncaring. And then a group of nurses and health care workers showed up and did their jobs anyway. They turned it into a love story. That is the story of 5B. Could there be a stronger parallel to the new coronavirus?

We’re kind of in a panic stage with COVID-19. We don’t know who has it. We don’t know how much at risk we are personally. A similar story to the early days of AIDS, but the new coronavirus is much more communicable than HIV. 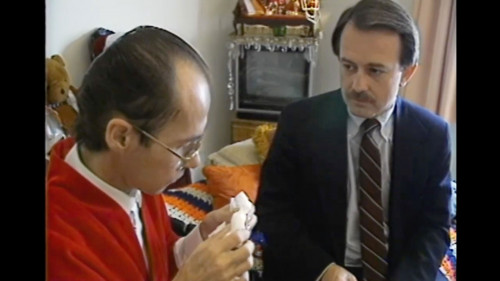 There has been pushback from long-term survivors of HIV about making too close a comparison with the new coronavirus. To some, it strikes them as naive at best and insulting at worst.

I agree with that. So much of what was achieved in fighting AIDS was the result of activism. Activists had to fight for every test, every drug, every piece of legislation and every dollar. They made the National Institutes of Health and the Centers for Disease Control and Prevention pay attention. Stigma and discrimination were, and are, widespread.

People were getting fired. In 5B, I talked about a guy who worked for a company in San Francisco who eventually was lost to AIDS. His desk was burned in the parking lot of the company. People were getting kicked out of their homes. I reported on those stories.

That is not happening with the new coronavirus. The opposite is happening today. People’s rents are being waived. Trillions of dollars in stimulus from the federal government have been approved. The differences, so far, are profound.

Can you share any insights from seeing the early days of AIDS that may help us all move forward in the COVID-19 era?

Listen to public health officials and to other health professionals. There are people who know what they’re talking about. Don’t try to wing it. And show gratitude to those on the front lines.