The AIDS conspiracy theory has resurfaced in the film “Cold Case Hammarrskjöld,” which debuted at Sundance.

In a documentary that debuted Saturday at the Sundance Film Festival in Utah, a former member of a white militia from South Africa claims that his group tried to spread HIV via fake vaccinations in an attempt to eradicate the Black population. This allegedly took place in the early 1990s, during apartheid.

As The New York Times reports, this claim is highly doubtful—for many reasons.

But first, let’s backtrack. The film in question is titled Cold Case Hammarskjöld, and it played in the festival’s World Cinema Documentary Competition. Critics have questioned the reliability of the film’s star and director, Mads Brügger, of Denmark, who has been compared to Sacha Baron Cohen of Borat and Who Is America? fame). 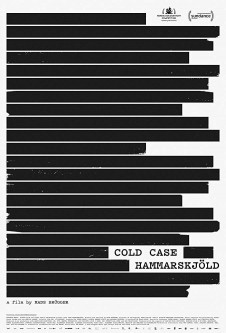 The poster for the film, which debuted January 2019 at the Sundance Film FestivalWingman Media ApS/Tore Vollan

The documentary follows Brügger and Swedish private investigator Göran Björkdahl as they investigate the cold case of Dag Hammarskjöld, the United Nations secretary general who died in a mysterious plane crash in 1961. Some people suspected he might have been killed at the direction of powerful Europeans because he was advocating for Congo’s independence.

At one point, their investigation leads them to former militia member Alexander Jones, who tells them that his group used bogus vaccinations as a way to spread HIV. “We were at war,” he says, “Black people in South Africa were the enemy.”

Wow. But is this true?

“The probability that they were able to do this is close to zero,” AIDS researcher Salim S. Abdool Karim, PhD, tells the Times. For a laboratory in the early 1990s to isolate infectious HIV and grow it in a solution that could be injected would require not only millions of dollars but also highly sophisticated technology.

Examining materials provided by the documentarians, the Times notes discrepancies in Jones’s story and points out that the filmmakers seem to have fed him information that he didn’t even know in earlier interviews.

The notion that HIV is a manmade virus introduced as population control has been floating around for decades. Before the conspiracy theory took hold in Africa, it appeared as part of disinformation campaigns from the Soviet Union during the Cold War.

Such mistruths can cause very real problems. “One dangerous consequence of these allegations is that they have the potential to sow mistrust and suspicion of doctors and the medical establishment, and that they may confuse people about how HIV is transmitted,” Rebecca Hodes, director of the AIDS and Society Research Unit at the University of Cape Town, tells the Times.