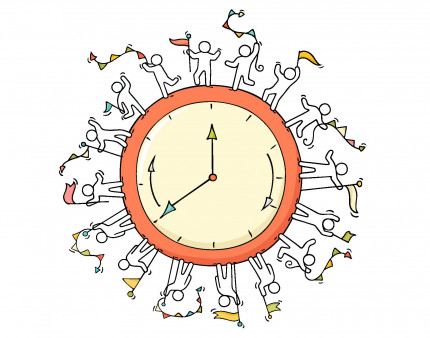 For this special issue on aging and HIV, we spoke to a coalition called the HIV+Aging Research Project—Palm Springs (HARP-PS).

I was 22 years old when I tested HIV positive in 1992. I was still figuring out my life, which seemed it would have a much shorter run than I had been expecting.

I am part of the tail end of folks who didn’t have much reason to believe they would still be here—those who tested positive for the virus before we had effective treatment in 1996. A cure would be better, of course, but I’ll take being undetectable.

Despite this good news, we’re seeing widespread symptoms among long-term survivors that mirror posttraumatic stress disorder. We may have overcome the immediate mortal threat, but at what price?

For this special issue on aging and HIV, in addition to Jeff and his colleagues, we spoke with Murray Penner and LaTrischa Miles. Murray tested HIV positive in 1986. LaTrischa was diagnosed in 1995.

After years at NASTAD, the National Association of State and Territorial AIDS Directors, Murray is the new executive director of North America for Prevention Access Campaign, which originated the Undetectable Equals Untransmittable (U=U) message. Click here to read our Q&A with him.

LaTrischa is one of 28 women who cofounded Positive Women’s Network–USA. Earlier this year, she became cochair of the organization. Her advocacy on behalf of women living with HIV is extensive. Click here to read more about her.

Living with HIV for decades takes its toll. However, being a long-term survivor doesn’t necessarily mean you have the virus. Many HIV-negative advocates are facing the same challenges with respect to posttraumatic stress as their counterparts living with HIV.

Paul Kawata is a prime example. This year, he marks 30 years of leading NMAC, formerly the National Minority AIDS Council. Although Paul is HIV negative, as someone who bore witness to the early days of the epidemic, he has had to cope with his share of struggles. Click here to read our interview with him.

In our continuing commemoration of our 25th anniversary, POZ is publishing chapters from our retrospective book, titled POZ at 25: Empowering the HIV Community Since 1994. In this issue, blogger and author Mark S. King details 25 years of celebrities from the pages of POZ. Our esteem for their HIV activism—from the red carpet to beyond—is a constant. Click here to read the excerpt.