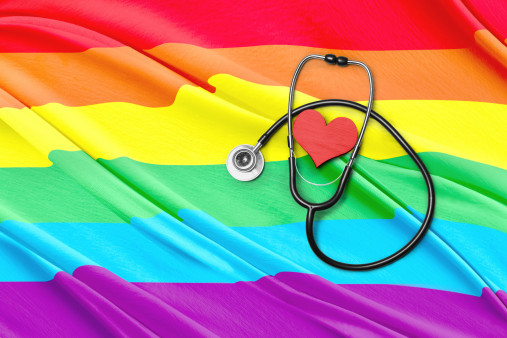 Plus: HIV and LGBTQ groups spell out priorities and share hopes for the Biden-Harris administration.

Within hours of his inauguration, President Joe Biden signed 17 executive orders and directives, one of which protects LGBTQ people from discrimination. Because federal antidiscrimination laws apply to employment, health care, housing and a host of other areas and because members of the LGBTQ community are disproportionately affected by HIV, Biden’s executive order will no doubt help many people living with HIV.

In his first hours in office, President Joe Biden signed more than a dozen executive orders benefitting the lives of so many in our communities.

“This action by the Biden administration recognizes what the Supreme Court held last June and what we’ve long known: LGBTQ people are protected by our civil rights laws,” said James Esseks, director of the American Civil Liberties Union’s LGBT & HIV Project, in a statement. “We will work with the Biden administration to ensure this executive order is fully implemented and that the federal government aggressively pursues reports of discrimination against LGBTQ people—not just in the workplace, but in education, housing, health care, and taxpayer-funded programs. It is such a relief to have a government that is committed to preventing discrimination as opposed to enabling it.”

The Supreme Court case Esseks mentions is Bostock v. Clayton County, in which the court ruled that the federal Civil Rights Act also protects LGBTQ employees from discrimination. But as the court handed down its opinions, the Trump administration issued a new health care rule stating that antidiscrimination regulations under the Affordable Care Act did not cover gender identity and sex stereotyping. Although the rule didn’t change the law, LGBTQ and HIV advocacy group Lambda Legal pointed out at the time, “This is enough to cause confusion and hurt our communities. This rule change serves no other purpose than to target and discriminate against LGBTQ people. The cruelty is the point.”

Congratulations to President Joe Biden and Vice President Kamala Harris on their inauguration as the 46th President and...

Biden’s new executive order is titled Executive Order on Preventing and Combating Discrimination on the Basis of Gender Identity or Sexual Orientation. It states in part:

Every person should be treated with respect and dignity and should be able to live without fear, no matter who they are or whom they love.… People should be able to access health care and secure a roof over their heads without being subjected to sex discrimination. All persons should receive equal treatment under the law, no matter their gender identity or sexual orientation.

LGBTQ and HIV organizations applauded the executive order and how it will help ensure health equity among disenfranchised communities. They also offered statements welcoming the Biden-Harris administration and spelling out national priorities they hoped to help the new leadership address. A few examples appear below and in social media posts embedded in this article.

Iris House, an AIDS service organization based in New York City, was formed by and caters to women. Its executive director, Ingrid Floyd, stated that “Iris House works to empower women and girls of color and Madam Vice President Harris sets the example to show us that women can continue to pave the way, set new milestones and be leaders in times when it seems impossible and improbable.”

President Biden just issued an executive order protecting Americans against discrimination on the basis of sexual orientation and gender identity — a turning point in our fight for equality under the law. https://t.co/fSuxT8dF8w

Doug Wirth, the CEO of Amida Care, a nonprofit community health plan in New York City, noted the importance of ensuring that all Americans have health insurance and building on the Affordable Care Act and Medicaid expansion. “Medicaid, the single largest payer of care for people living with HIV,” he said “remains absolutely vital to the overall health of our nation. However, in states with the highest incidences of HIV, Medicaid remains woefully underfunded. Medicaid and safety-net health care is also critical to stopping the COVID-19 pandemic. We are eager to see progress to improve access to Medicaid for those who could benefit.”

The Campaign for Southern Equality, which works for LGBTQ issues in the region, said Biden’s executive orders are a good start but that equality must be fully protected by federal law, which can be accomplished if Congress passes the Equality Act. “For the one third of LGBTQ Americans who live in the South, bold action from the federal government is especially critical, said Allison Scott, the campaign’s director of policy and programs, in a statement. We urgently need President Biden and the U.S. Congress to address a wide range of harms—from economic hardships and health care disparities to anti-LGBTQ discrimination and the violence of white supremacy. There’s no time to waste.”

We congratulate President Biden and Vice President Harris on inauguration day. San Francisco AIDS Foundation is committed to working with the Biden-Harris Administration to progress the fight for health justice, racial justice and wellness for all our communities.

The International Association of Providers of AIDS Care (IAPAC) pointed out the importance of the United States, at the direction of the Biden administration, rejoining the World Health Organization (WHO). “Viruses know no boundaries,” said José M. Zuniga, PhD, MPH, the president and CEO of IAPAC. “International cooperation in public health is thus critical to implementing effective screening, testing, prevention, care, and treatment interventions. This simple truth applies just as much to eliminating the global threat of SARS-CoV-2 [which causes COVID-19] as it does to ending HIV, tuberculosis, and other more mature pandemics.”

For related articles in POZ, see “Welcome to the Biden-Harris Administration” by Positive Women’sNetwork–USA and “Five Steps the Biden-Harris Team Can Take Right Now to Help End HIV” by AIDS United, plus the opinion piece by Malcolm Reid at THRIVE SS titled “Election Season Is Over, Now What?”