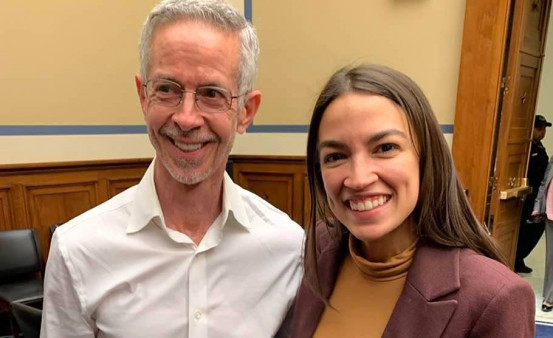 Gilead Sciences CEO defends high drug prices and claims the CDC does not own the patent to HIV prevention pill Truvada.

The House Oversight and Reform Committee held a hearing May 16 to investigate the high price of the HIV prevention pill Truvada as PrEP, or pre-exposure prophylaxis, which is manufactured by Gilead Sciences, and to examine claims by AIDS activists that the federal government, not Gilead, owns the patent for Truvada as PrEP. (The hearing is available on C-SPAN.)

Daniel O’Day, the chief executive officer of Gilead, insisted to the committee that the Centers for Disease Control and Prevention (CDC) patent for Truvada as PrEP is invalid, reports The Washington Post. The reason, he said, is that Gilead scientists had researched the use of the med as HIV prevention before the CDC filed its patent in 2006.

Activists with PrEP4All and leading PrEP researcher Robert Grant testified otherwise. In his opening statement, Grant said, in part: “Gilead Sciences did not provide leadership, innovation or funding for these projects; Gilead’s role was limited to donating study medication and placebos.” (You can read more of his statement in the Peter Staley Facebook post below.)

Another heated topic was the high price of Truvada—the daily tablet costs about $1,600 to $2,000 a month without insurance or co-pays in the United States versus a few dollars in other countries.

O’Day defended the price by claiming Gilead spent $6 billion on HIV research since 2000, according to the Post.

What’s more, in his testimony, he said that 98% of people using the Gilead co-pay card for PrEP pay no out-of-pocket costs.

On the House Oversight Committee, Democrats Elijah E. Cummings (D–Md.) and Alexandria Ocasio-Cortez (D–N.Y.) led the charge against Gilead, while Republican Jim Jordan (R–Ohio) applauded Gilead for its work and defended the manufacturer’s right to make a profit.

You can watch the entire 3.5-hour hearing on C-SPAN here. POZ blogger Mark S. King attended the hearings and offers a collection of behind-the-scenes photos here. Plus, there’s lots of related news in POZ from recent weeks. A quick rundown: