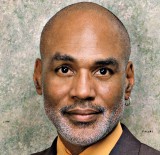 Phill Wilson is president and chief executive officer of the Black AIDS Institute, the only national HIV think tank focused exclusively on Black people. Its mission is to stop the AIDS pandemic in Black communities by engaging and mobilizing Black institutions and individuals in efforts to confront HIV.

On February 6, 2018, a day before National Black HIV/AIDS Awareness Day, Wilson announced his retirement from the organization, which he founded in 1999. The announcement was one of several changes that the Los Angeles–based organization implemented as part of “a bold vision for the future.” Other changes include new staff and board members, a redesigned website and an expansion of its services.

Before launching the Black AIDS Institute, Wilson held several roles in HIV advocacy, including AIDS coordinator for the City of Los Angeles, director of policy and planning at AIDS Project Los Angeles, and cochair of the Los Angeles County HIV Health Commission. He was the cofounder of the National Black Lesbian and Gay Leadership Forum and the National Task Force on AIDS Prevention.

Wilson has also held many additional HIV-related positions while serving in his current role. Former President Barack Obama appointed him to the President’s Advisory Council on HIV/AIDS, where he cochaired the disparities subcommittee. He is also a four-time coordinator of the International Community Treatment and Science Workshop held at the International AIDS Conference.

Until a nationwide search for a new CEO is completed—no later than the end of 2018—Wilson will remain at the head of the organization. As the group faces its upcoming 20th anniversary with new leadership, Wilson reflects on his tenure and the future of the fight against HIV.

Why did you decide to move on now?

People are reacting to the announcement as if it were all of a sudden. We’ve actually been planning this for a while.

The board and I decided over a year ago that we would look at 2018 as an opportunity to change executive leadership at the Black AIDS Institute.

Understanding that the changing of long-term leadership can be disruptive, we wanted to do it with the least amount of disruption possible and the maximum amount of continuity.

Fighting HIV and AIDS today is a very different proposition than it was in 1999, when we started. The most dramatic manifestation of that was the 2016 election, which changed the environment in which we’re doing this work.

As a result, the time is right to devise new strategies and tactics toward our goal of ending the epidemic. New skills are a part of that proposition, so bringing in new voices and developing new programs was the reason for deciding to move on.

I’m not involved in the search for a new CEO. However, we anticipate there will be someone in place as soon as July and not later than the end of December.

What’s next for you?

I really have no idea what I’m going to do next! I don’t plan to seriously think about it until at least July because there are so many things that we’re doing right now that require 110 percent of our energy.

So that is exciting, and, while in no way am I or the board reneging on the decision, I do have to admit that there are days when I’m jealous because some of the things that they’re going to be doing are really cool.

Tell us about those efforts.

We launched an HIV prevention clinic on February 7, and the response has been amazing.

On day 1 we signed up five new people for pre-exposure prophylaxis (PrEP). They got their prescriptions on the same day, and the next day they picked up the prescriptions.

We opened up a primary care clinic in Leimert Park that we’ll be scaling up. We’re also opening a Black gay men’s drop-in center in Compton.

We have launched a national policy initiative to respond to the political environment that we’re facing in Washington, DC, and across the country. We are extending our training and technical assistance to help health departments.

We even launched a Black women and PrEP tool kit, which is available on our website, BlackAIDS.org.

Everything that we do is centered on raising the HIV science, treatment and prevention literacy in our communities. As Maya Angelou said, “When we know better, we do better.” So we’re trying to make sure that our folks know better so they don’t get left behind. 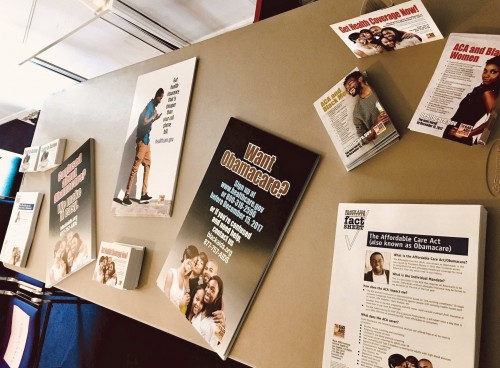 Why did you decide to open a primary care clinic and a drop-in center?

We did so for a host of reasons. We all know that there’s an aging HIV population. Many of us, let’s take myself as a case in point, didn’t expect to be over 60. So I’m dealing with HIV, but I’m also dealing with diabetes and heart disease.

When we look at comorbidity in Black communities you see that Black folks are disproportionately impacted, so it’s insufficient for us to deal only with a person’s HIV in the context of the people that we’re charged with serving. We need to deal with the whole person.

HIV affects entire communities. If you can change the cultural norms related to health in a community, you become more effective at addressing the unique issues around HIV and AIDS.

We’re seeking to address stigma that might prevent people from getting care as well as raise awareness and education around HIV for people who come into care for other reasons, thereby destigmatizing people who are living with HIV.

As for the drop-in center, stigma is also relevant. In Los Angeles, young Black men who have sex with men often live and work and play in their ethnic and racial communities, places like Compton, Glenwood, Inglewood and Watts.

While they may play in gay ghettos like West Hollywood or Long Beach, those places are not Black gay ghettos. So they are often without a place.

There is alienation that exists based on their sexual orientation that makes it challenging for them to be out and gay in Black communities, while at the same time those gay ghettos are not always hospitable places for Black gay men, particularly young Black gay men. They become unwanted visitors.

As a result, we wanted to create a space where this population can access resources where they live. At the same time, we’re not closing down our main office. We know there are folks who want to be served by Black people but don’t want to be served in proximity to where someone they know might see them.

Our primary role as an organization up until recently has been the dissemination of information through training and capacity building on a national level. This expansion into local work in the form of services is informed by our national work. How we want to develop our services is directly related to what we’ve learned providing technical assistance and training.

Our new trajectory will also allow us to inform our national work with the lessons we learn in our local laboratory.

What should HIV/AIDS advocates be focusing on right now?

We need to worry about the divisiveness of the Trump administration.

So many of the struggles we are confronting now—attacks on immigrants and on Planned Parenthood, leaning toward white separatists, complicity with the National Rifle Association, the issues facing Black people nationwide and the neglect around HIV and AIDS—are inextricably connected.

We need to focus on making sure that the communities we serve understand the intersectionality of these issues.