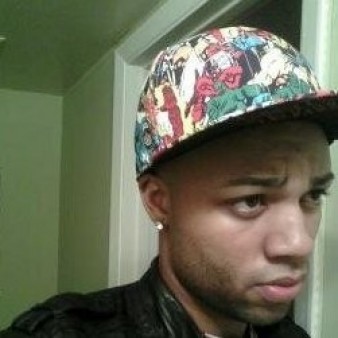 During the shock of discovering I was positive, I gave his name and number to the health department. He made an appointment to get tested but missed it and eventually the people from the health department came to his parent’s house looking for him. That’s when he finally called me back to cuss me out and call me every name in the book (slut, whore, etc.).

On top of all that stress, my mom accidentally came across some paperwork from the hospital about my HIV (she didn’t know I was positive) and it caught me off guard. She confronted me about it before I was ready to tell her.

I come from a family of Jehovah’s Witnesses. Being a young, gay man of mixed background was hard enough, but also being positive made it so much more challenging for me to feel accepted and loved and to feel like I was good enough. I’ve been dissed and rejected on numerous occasions once people found out I was positive. It made me feel dirty or like there was something wrong with me.

It’s taken me a long time to accept myself, to build my strength mentally and spiritually and I still have a long way to go. But I’m learning to love myself more and I continue to keep my head up. I refuse to let HIV get in the way of living life to the fullest and finding real love. I want to do as much as I can to help fight for a cure for HIV/AIDS and educate people about the disease and fight against the stigmas connected to HIV/AIDS.

What is your greatest achievement?
Working for the Department of Defense for close to a decade

What is your greatest regret?
Not having a college degree yet

What keeps you up at night?
Worrying about my future, about really finding myself and being at peace with my life and who I am

If you could change one thing about living with HIV, what would it be?
I wish I were surrounded by more people/peers who I can relate to and people who understand what I’m going through

What is the best advice you ever received?
Learn to truly love yourself to be able to really love others

What person in the HIV/AIDS community do you most admire?
Jack Mackenroth. His achievements and great accomplishments inspire me to strive for greatness and be the best me I can be.

What drives you to do what you do?
My desire to help others and make this world a better place

What is your motto?
Live life for YOU and live it to the fullest

If you had to evacuate your house immediately, what is the one thing you would grab on the way out?
My Android

If you could be any animal, what would you be? And why?
A bird. So I could fly wherever I want, whenever I want