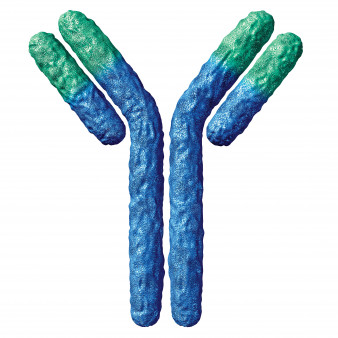 The new prevention approach shows promise, but it isn’t heading to the clinic anytime soon.

The broadly neutralizing antibody (bnAb) VRC01 cut HIV acquisition by 75%—but only for the fraction of viral strains it was designed to target, according to interim results from the Antibody Mediated Prevention trials.

Lawrence Corey, MD, of the Fred Hutchinson Cancer Research Center in Seattle, and his colleagues recruited 1,924 cisgender women and 2,699 gay and bisexual cisgender men and transgender adults without HIV into two separate trials. In each study, participants were randomly assigned to receive a placebo or VRC01 antibodies via IV infusion, for a total of 10 infusions administered every eight weeks.

“This is the first study to demonstrate the concept that bnAbs can prevent acquisition of infection,” Corey said during a press conference at the HIV Research for Prevention conference. However, he added, “We’re going to need cocktails of antibodies. Maybe that shouldn’t be surprising, since we’ve needed cocktails of drugs [for HIV treatment].”