That’s the hope of research funded by a new Campbell Foundation grant.

HIV scientist Jose M. Martinez-Navio, PhD, and his team at the University of Miami Miller School have been awarded an $80,000 Campbell Foundation grant to continue their research into a functional cure for HIV via a single vaccine injection. If successful, the approach could also be used by HIV-negative people as pre-exposure prophylaxis to prevent contracting the virus.

A functional cure means that although the virus remains inside a person’s body, it no longer does harm, eliminating the need for daily HIV meds. A sterilizing cure, in comparison, is when all virus is eradicated from the body. 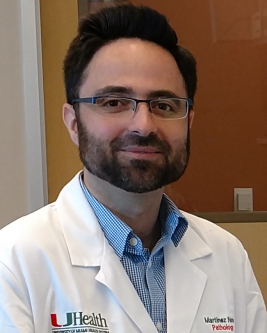 Jose M. Martinez-Navio, PhD, is an HIV researcher at the University of Miami Miller School.Courtesy of The Campbell Foundation

Martinez-Navio and his team have been working on a functional cure that delivers the genes of broadly neutralizing antibodies into the muscle cells of people living with HIV, according to a Campbell Foundation press release. Once these genes are successfully delivered into the cells, the cells begin manufacturing the antibodies on their own, helping to suppress the virus.

One of the main challenges of such research is how to deliver the genetic material into the cells. To that end, the researchers use an adeno-associated virus (AAV) that’s harmless to humans as a delivery method. However, the human body often recognizes these AAV-delivered antibodies as being “non-self,” or foreign. As a result, the body releases its own antibodies to attack them, thus compromising the broadly neutralizing antibodies.

To solve this problem, the researchers aim to make the AAV-delivered antibodies appear “more self,” meaning they wouldn’t be attacked by the human body’s defense system. Scientists try to accomplish this by deleting unwanted mutations that occur in the broadly neutralizing antibodies as they mature.

“If satisfactory and consistent delivery can be achieved,” Martinez-Navio said in the press release, “it becomes possible to envision both long-term control of the viral loads in the absence of antiretroviral treatment…as well as long-lasting protection when this approach is used in a prophylactic setting.”

The researchers have tested their broadly neutralizing antibodies in monkeys and found that they suppressed the virus for up to three years in at least one case. For more details on the previous studies, check out this article by the University of Miami Miller School of Medicine.

The Florida-based Campbell Foundation supports nontraditional HIV research based on clinical and laboratory studies. Earlier this year, just weeks before COVID-19 led to the country’s shutdown, the Campbell Foundation celebrated 25 years of funding HIV research. To read the most recent POZ article on Campbell grants, see “Exploring New Ways to Prevent HIV and STIs in Women.” 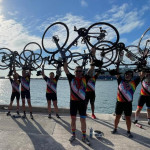 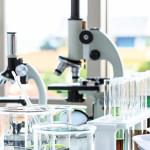