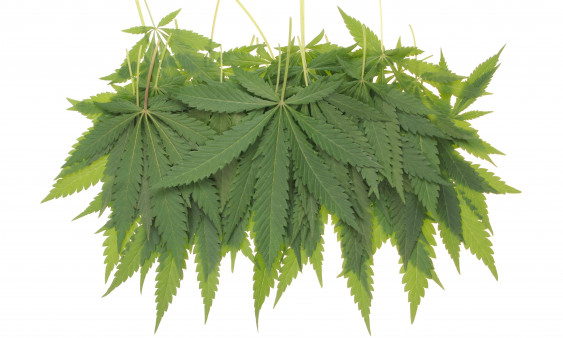 A study suggests cannabis use is linked to lower odds of neurocognitive problems in this population.

People with HIV who use cannabis may have a lower likelihood of neural injury leading to cognitive impairment, possibly thanks to reduced inflammation, according to a recent study.

Researchers at the University of California at San Diego set out to assess the effects of HIV and cannabis use on neurocognitive impairment and how these might be influenced by age. Cannabis use may exert beneficial effects due to its anti-inflammatory properties, they suggested.

Although HIV-associated dementia has become much less common since the advent of effective antiretroviral therapy, many people living with HIV still develop less severe HIV-associated neurocognitive disorder as they age. Estimates of the prevalence of neurocognitive impairment among people with HIV range from 25% to 50%, the study authors noted as background. Experts think this may be due to chronic inflammation caused by the virus.

The researchers noted that self-reported cannabis use within the past year is almost three times higher among people with HIV compared with the general United States population. Many HIV-positive people use cannabis for neuropathy pain, nausea, mood problems, lack of appetite and weight loss. While some studies have shown that cannabis may reduce neural inflammation, there is little research on the neurocognitive effects of cannabis in people with HIV.

This analysis included 679 HIV-positive and 273 HIV-negative individuals enrolled in various studies run by the University of California at San Diego’s HIV Neurobehavioral Research Program, including the CHARTER and NeuroAIDS studies. Study visits took place between 1998 and 2016. People with a history of non-HIV-related neurological, medical or psychiatric disorders that affect brain function were excluded, as were those with a prior dementia diagnosis and those with a non-cannabis substance use disorder or positive urine tests for illegal drugs. Because depression is common among people with HIV, this was not an exclusion criterion.

More than three quarters of the participants were men, most of whom identified as gay or bisexual. Ages ranged from 18 to 79, with a median age of 43. About half were white, 27% were Black and 17% were Latino.

Among the HIV-positive participants, nearly 75% were on antiretroviral therapy; however, about 47% still had a detectable blood viral load, and about 27% had detectable virus in their cerebral-spinal fluid. While the median current CD4 cell count was approximately 450, the median lowest-ever count was around 190, and about 60% had ever received an AIDS diagnosis.

Participants completed a computer-assisted diagnostic interview about their substance use and mental health. They also received a comprehensive neuromedical assessment and completed a set of neurocognitive tests that included measures of verbal fluency, processing speed, learning, delayed recall, working memory and motor skills.

Cannabis exposure was defined as having both a history of cannabis use disorder and reported use within the past year. Thus, some people in the nonexposed group were casual users more than a year ago. One hundred and six HIV-positive participants and 44 HIV-negative people were classified as cannabis users. Just 13 HIV-positive and 22 HIV-negative cannabis users were over 50 years old, and none were over 65.

Among people living with HIV, cannabis use was associated with a 47% lower likelihood of neurocognitive impairment. A similar pattern was seen when the analysis was limited to people with an undetectable viral load. Specifically, cannabis exposure was associated with significantly higher performance in the verbal fluency and learning domains. The effects of cannabis exposure did not differ by age.

Among HIV-negative participants, no relationship was observed between cannabis exposure and neurocognitive impairment overall or for any specific domains.

These findings "suggest cannabis exposure is linked to a lower odds of [neurocognitive impairment] in the context of HIV," the researchers concluded.

“Our results are consistent with the idea that under some circumstances, cannabis might be neuroprotective,” they wrote. "Further investigations are needed to refine the effects of dose, timing and cannabis compound on this relationship, which could inform guidelines for cannabis use among populations vulnerable to cognitive decline."