People living with HIV who are on antiretroviral treatment and have low to moderate heart disease risk scores nevertheless had baseline cardiovascular abnormalities at a rate three times higher than people without cardiovascular disease in the general population, according to data published in the Journal of Acquired Immune Deficiency Syndrome.

While heart disease is traditionally associated with aging, it affects people living with HIV at younger ages. Research shows that quitting smoking can lower the risk of cardiovascular disease and heart attacks, but it’s still unclear exactly what else helps. That’s where the Randomized Trial to Prevent Vascular Events in HIV (REPRIEVE) trial comes in. The study is testing whether a statin medication will help reduce the risk of cardiovascular events in people living with HIV.

The trial is still years away from answering that question. But in the meantime, the baseline data are already yielding insights. This time, the insights relate to the electrical functioning of the heart before participants started statins. Gerald Bloomfield, MD, MPH, of the Duke Clinical Research Institute at Duke University, and colleagues analyzed electrocardiograph (ECG) data from 7,720 people living with HIV at 120 clinics worldwide.

Participants were a median of 50 years old, and more than two thirds (69%) were men. Nearly half (46%) were Black, 35% were white, and 15% were Asian. An additional 18% were of Latino ethnicity. More than half lived in the United States and other high-income countries. About half were smokers, and another 56% met criteria for overweight or obesity.

Participants had been on HIV treatment for a decade. Nearly all, 97%, had a viral load of 400 copies or less, and 87% had an undetectable viral load. The median CD4 count was 620. One in four were currently taking an HIV regimen that included an integrase inhibitor, 47% were taking a non-nucleoside reverse transcriptase inhibitor (NNRTI), 19% were using a protease inhibitor and 3% were on regimens that did not contain nucleoside reverse transcriptase inhibitors (NRTIs). One in five (21%) had ever taken the NRTI abacavir (Ziagen, also in the Epzicom and Triumeq combination pills), which has been associated with increased risk for heart problems; 47% had ever taken a protease inhibitor, and 85% had used a regimen containing tenofovir disoproxil fumarate (Viread, also in Truvada and several single-tablet regimens). 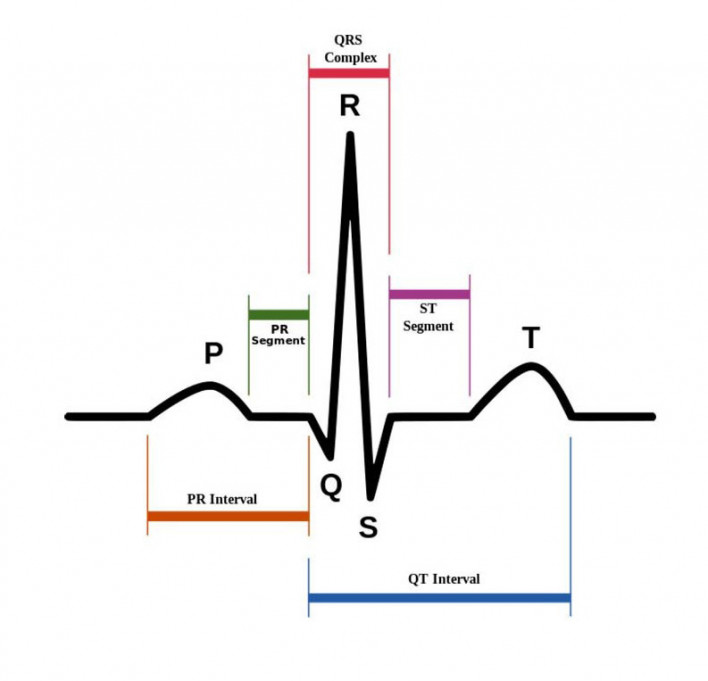 At the start of the study, nearly half of participants (44%) had some preexisting ECG abnormality—reflecting abnormal heart rhythm—a proportion three times higher than that seen in the general population. Nearly 1 in 10 (8%) had enlarged hearts. About 12% of participants’ baseline screenings showed early repolarization, 8% had QT prolongation, 7% had ST-T wave abnormalities, 6% had PR abnormalities and 4% had sinus rhythm abnormalities. However, only 1% had ECG patterns consistent with a prior heart attack or ischemia.

But the abnormalities were not spread evenly across participants. For instance, all the heart attack or ischemia patterns were seen in men, not women. Men also had higher rates of early repolarization (18% versus 1%), QT prolongation (9% versus 6%) and bundle branch block (4% versus 2%) compared with women. Meanwhile, women were more likely than men to have ST-T wave abnormalities (11% versus 5%) and enlarged hearts (9% versus 8%).

What’s more, people with a higher HIV viral load also had a higher rate of QT prolongation. And the researchers found that repolarization was slightly less common among people on NRTI-sparing regimens, while heart enlargement was slightly more common among those taking an NRTI/NNRTI combination. People who had used abacavir made up 21% of participants but accounted for 29% of people with abnormal ECGs. But there were no other significant associations between HIV treatment regimens and baseline ECG results.

What all this means for heart health among people living with HIV is unclear, wrote Bloomfield and colleagues. For instance, early repolarization can be benign—or it could be associated with sudden cardiac death. And a longer QT interval has been associated with the presence of HIV. The fact that a longer QT interval was seen more often among men with HIV—even though a lot of women in the general population have a longer QT interval than men—raises questions about its role in sudden cardiac death. The study is following participants for years, which will help show whether there are associations between QT interval, sex and cardiac events, they wrote.

“These novel observations should help to inform future studies of the relationship between ECG finding, HIV viremia and immune system function with cardiac outcomes in regions across the world,” wrote Bloomfield and colleagues.

Click here to read more news about heart health in people with HIV.