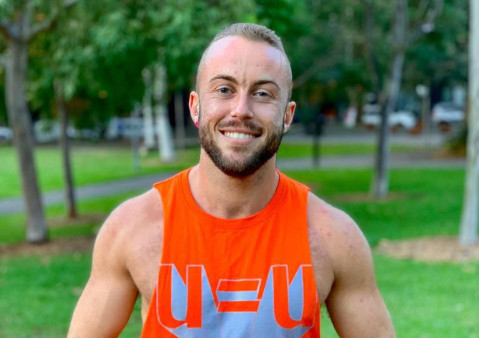 Steve Spencer—now on treatment with an undetectable viral load—says evidence of PrEP’s effectiveness is still clear.

A man in Sydney, Australia, may be the seventh person to have acquired HIV while correctly using pre-exposure prophylaxis (PrEP)—and the first to do so while using on-demand PrEP—although the medical details of the case have not been revealed.

Whatever happened in this case, advocates and experts emphasize that Truvada (tenofovir disiproxil fumarate/emtricitabine) taken either once daily or before and after sex remains a highly effective method of HIV prevention.

“People taking PrEP should have confidence in its extremely high level of efficacy when it is taken as directed,” Andrew Grulich, MD, of the Kirby Institute at the University of New South Wales told POZ.

Steve Spencer, 27, who was among the first people to take PrEP in Australia and became a PrEP advocate, went public with his new status at the Sydney Mardi Gras parade on March 2, riding on a float with other people living with HIV.

So far, the only public information about the case is a self-report from Spencer himself. Experts emphasize that more information is needed before it can be considered a documented case.

Spencer was diagnosed with HIV in mid-December. He had been taking Truvada according to a prescribed schedule before and after sex, an approach sometimes called event-driven PrEP or PrEP 2-1-1. The regimen calls for two Truvada tablets taken at least two hours (but preferably 24 hours) before having sex, another pill 24 hours later and a fourth pill 48 hours later.

Spencer opened up about his recent seroconversion in a Star Observer interview with Nic Holas, co-founder of The Institute of Many (TIM), a grassroots HIV group.

Proud of Steve for speaking so openly about being diagnosed with #HIV in the #PrEP / #UequalsU era. https://t.co/pFUe2eZ8oe

“My diagnosis was a complete surprise, and I was in complete shock,” Spencer said. “[I went from] having been sexually liberated thanks to PrEP and being a poster-child for sex positivity to having to become chaste out of my fear of infecting someone else. It was a rapid and steep learning curve.”

Spencer, who received routine HIV and sexually transmitted infection (STI) tests while on PrEP, was diagnosed early. “Judging by my viral load and the timing of my last tests, we can safely assume that my seroconversion occurred only a matter of weeks before my diagnosis,” he told Holas. He began antiretroviral treatment immediately and achieved an undetectable viral load after just six weeks.

Spencer declined to discuss the specifics of his sex life.

“Questions around ‘how’ often come from a place of genuine intrigue or concern for oneself—the anxiety here is that PrEP users will want to know what happened so that they can avoid the same outcome—however the information is then often sorted to define how ‘acceptable’ or ‘bad’ the person’s seroconversion is,” Spencer said. “Because we don’t know the precise time or circumstances of my seroconversion, we cannot know, with absolute certainty, how I got HIV, and I will probably never truly know.”

Spencer emphasized that his experience should not deter others from using PrEP with confidence.

“I don’t like to use the term ‘PrEP failure’ which is thrown around in these cases, because PrEP is anything but that. PrEP is an enormous success—it is protecting hundreds of thousands of people from HIV in an empowering way,” he told Holas. “[R]esearch supports [on-demand PrEP] as a legitimate and effective form of PrEP dosing and it is supported by doctors and health authorities across the globe—so the fact that one individual seroconverted while using that dosing method out of the thousands upon thousands also using that method does not make it illegitimate.”

An ample body of evidence shows that Truvada dramatically reduces the risk of acquiring HIV through sex. The large iPrEX trial, which enrolled mostly gay and bisexual men, showed that consistent use of once-daily PrEP reduced the risk of HIV infection by more than 90 percent. Other studies found that on-demand PrEP is similarly effective for this population. The ongoing French Prevenir study has seen no new infections among high-risk participants who opted for either on-demand or once-daily PrEP.

A handful of documented or suspected cases of PrEP failure in people with good adherence have been reported previously—three to seven cases out of an estimated half a million users, depending on what you count as an adequate level of evidence. The first such case, reported in 2016, involved a Toronto man who acquired an HIV strain that was resistant to both of the drugs in Truvada. In 2017, researchers in Amsterdam reported the first case of a breakthrough infection with non-resistant HIV. A few other cases have been less well documented.

Prevenir lead investigator Jean-Michel Molina, MD, of the University of Paris told POZ that he does not have details about Spencer’s case, but said in general that “biomedical failures are rare but may occur with daily and on-demand PrEP.” Molina discussed PrEP failure during a symposium at the recent Conference on Retroviruses and Opportunistic Infections in Seattle, which can be viewed here.

Grulich said that rare cases like Spencer’s do not contradict the scientific consensus that PrEP is a highly effective prevention tool.

“Without having scientifically examined this reported case, I cannot confirm why he has seroconverted while taking on-demand PrEP,” Grulich told POZ. “Globally, there have a been handful of cases where an individual adherent to PrEP has become HIV positive. These cases were investigated thoroughly by researchers involving the collection of biological specimens and detailed information from the patient and the treating doctor in order to determine conclusively that PrEP was not effective in those rare instances.”

Europe and Australia guidelines allow on-demand PrEP for gay and bisexual men, he noted. Although once-daily Truvada is the only PrEP regimen approved by the Food and Drug Administration in the United States, PrEP 2-1-1 is available at some centers such as the San Francisco AIDS Foundation’s Strut clinic in the Castro. Grulich cautioned that the on-demand regimen is not recommended for women, as studies have seen lower levels of PrEP drugs in the vagina.

“PrEP has been a game-changer for HIV prevention,” Grulich told POZ. “Together with test and treat programs, PrEP is an absolutely critical component of the HIV prevention response.”

Asked what this new case means for people taking or considering PrEP 2-1-1, advocate Damon Jacobs said, “I don’t think this means anything different in terms of our understanding of on-demand PrEP.”

“We have understood that PrEP reduces risk by more than 99% when used as directed—either daily or 2-1-1 usage. You are still more likely to die from the flu than to get HIV when using PrEP as prescribed,” he told POZ. “People are certainly welcome to use additional prevention strategies if they choose to do so. My own personal hope is that every person feels proactive, responsible, and empowered, about their sexual pleasure and protection.”

Benjamin Ryan assisted with reporting for this article.