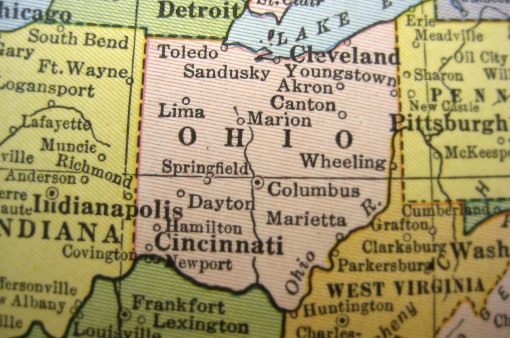 Three counties in the state are among 48 nationwide eligible for federal HIV resources. Here’s what’s fueling new cases in these regions.

Federal health leaders met with several Ohio public health officials to design a strategy for addressing the local HIV epidemic, reports the Cincinnati Enquirer. Robert Redfield, MD, the director of the federal Centers for Disease Control and Prevention (CDC), is traveling to HIV hot spots across the nation to discuss President Trump’s “Ending the HIV Epidemic: A Plan for America” initiative and ways that local and federal efforts can work together to beat HIV.

The federal initiative sets the goal of lowering new HIV rates nationwide by 75% in five years and 90% in 10 years. One way to accomplish this is to target federal resources to the 48 counties (plus Washington, DC, and San Juan, Puerto Rico) that account for more than half the new HIV diagnoses in the country; in addition, seven rural states with higher rates will also receive federal help. (You can learn more about the plan on POZ.com and on HIV.gov.) 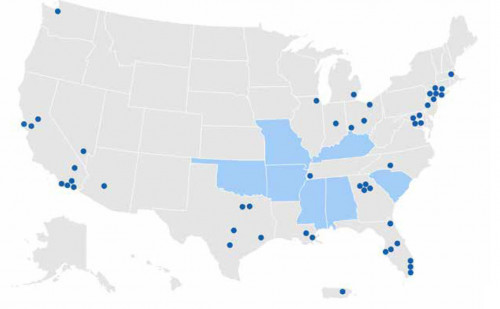 The HIV hotspots targeted in the “Ending the HIV Epidemic: A Plan for America” initiative.Courtesy of HIV.gov

Three of those counties are in Ohio: Cuyahoga, Hamilton and Franklin counties. These are home to Cleveland, Cincinnati and Columbus, respectively. What’s more, reports Patch, although the Buckeye State sees lower HIV rates than regions in the South, it experiences higher rates of new HIV cases than its Midwestern neighbors Indiana and Michigan.

Speaking with local advocates at Xavier University’s Clintas Center in the Cincinatti neighborhood of Evanston, Redfield proposed an intervention strategy that would target people who inject drugs, a demographic at high risk for HIV. Though yet to be formalized, the strategy would work to reduce the stigma surrounding HIV testing, make daily prevention pill Truvada as PrEP (pre-exposure prophylaxis) widely available and establish comprehensive needle-exchange programs. Officials must figure out a way to readily reach young people too, Redfield added, punctuating his point with the observation that he hears from his adult children only when he texts them.

But, for all that, he was optimistic.

“We have the tools to bring an end to the AIDS epidemic in our hands today, [even] without a vaccine,” Redfield said. “Not only can we do this, we have no intention of not succeeding.” 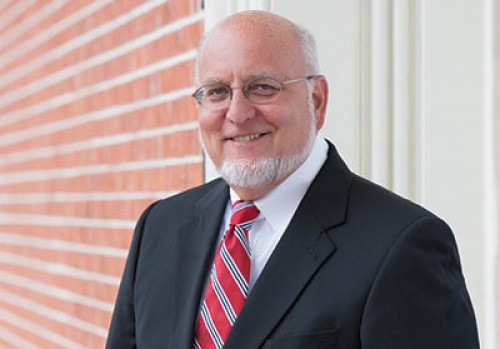 Robert R. Redfield, MD, leads the CDC.Courtesy of the Institute of Human Virology at the University of Maryland School of Medicine

By providing clean syringes, needle exchange programs have been used to great effect in Florida and elsewhere (for more about that state’s unexpected embrace of needle exchanges, click here). Efforts to establish them in Ohio, however, are only now gaining ground.

Linked to the opioid epidemic, injection drug use is fueling Ohio’s HIV rates Cuyahoga, Hamilton and Franklin counties. In 2017, for example, Hamilton reported three times the number of new HIV cases it had in 2016.

Redfield recently visited other states to talk about ending their HIV epidemics. For examples, you can read more about Florida and Oklahoma.

In related POZ news, the CDC’s Redfield will be a keynote speaker at September’s United States Conference on AIDS (USCA 2019). For more about that, click here. Earlier this year, Redfield spoke—amid protests—at AIDSWatch, an advocacy event on Capitol Hill. For more, click here.

Columbus, Ohio, will play host to the fourth biennial “HIV Is Not A Crime” conference, set to be held from May 30 to June 2, 2020. Discussion topics and training sessions will cover the need to repeal the HIV-criminalization laws that persist in the state’s legal code as well as modernizing HIV laws across the nation. You can read more about the conference here.