These clusters disproportionately included young men who have sex with men, in particular Latinos.

Using routine genetic analyses of viral strains seen among those newly diagnosed with HIV, the Centers for Disease Control and Prevention (CDC) has identified scores of rapidly expanding transmission clusters nationwide. These clusters, in which HIV is apparently spreading quickly among sexual networks, disproportionately affect young men who have sex with men (MSM), in particular Latinos.

According to a CDC analysis released in 2017, the HIV infection rate among Latino MSM has increased in recent years while it has decreased among Black and white MSM.

CDC researcher Anne Marie France, PhD, presented findings from the new study on transmission clusters at the 2018 Conference on Retroviruses and Opportunistic Infections (CROI) in Boston. 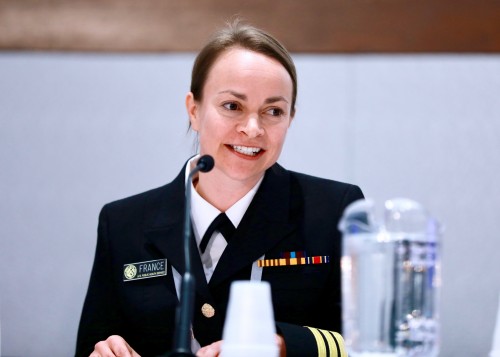 During a 12-month period beginning December 31, 2015, CDC investigators conducted genetic analyses on the HIV of 51,750 people who were diagnosed with the virus during the previous three years.

Based on genetic similarities seen among the viral strains, the investigators identified 60 rapidly growing transmission clusters. (A cluster was defined as at least five linked viral strains from diagnoses made during a 12-month period.) These clusters, which were located in all regions of the country and in 20 states, included up to 42 people with linked virus.

Referring to the technology that enabled the genetic analyses conducted in the study, France said, “While we’re early in the implementation process, we believe this technology holds tremendous promise in helping identify transmission networks of potential concern. And we’ll be continuing to work with state and local communities to further assess and intensify interventions as needed to slow the HIV epidemic in the U.S.”