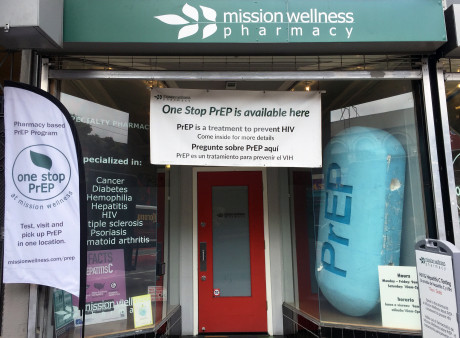 The agency will accept public comment on the proposed guidelines during two webinars on May 24 and 25.

The Centers for Disease Control and Prevention (CDC) released a draft of updated U.S. Public Health Service guidelines for pre-exposure prophylaxis (PrEP) on May 17. The agency will host two webinars on May 24 and 25 to gather public comments on the proposed changes.

The current PrEP guidelines were issued in 2017. The full draft of the Preexposure Prophylaxis for the Prevention of HIV Infection in the United States—2021 Update clinical practice guidelines and clinical providers’ supplement are available online for review.

In addition, the FDA has designated long-acting cabotegravir injections as a breakthrough therapy for HIV prevention based on studies showing that they work as well as Truvada for men and for women; approval is expected in late 2021.

What’s New in the Guidelines?

The draft update includes several notable changes. Regarding indications for PrEP, clinicians are advised to inform all sexually active adults and adolescents about PrEP, and the criteria for determining who might be eligible have been simplified. People who inject drugs are likely to benefit from PrEP regardless of their sexual activity.

Daily Truvada is a recommended PrEP option for all adults and adolescents. Although no other dosing schedules are approved by the FDA, the guidelines note that taking Truvada “on demand” before and after sex (known as PrEP 2-1-1) has been shown to be equally effective for men who have sex with men and may be used off-label.

Daily Descovy was added as an option for sexually active men and transgender women at risk for HIV. However, the FDA approval of Descovy for PrEP does not include people at risk for HIV acquisition via receptive vaginal sex due to insufficient evidence.

In anticipation of its likely approval, the update adds intramuscular cabotegravir injections every other month as a third option for men and women at risk for acquiring HIV through sex.

People seeking PrEP must test negative for HIV before starting. For those taking PrEP, tests for HIV, sexually transmitted infections and pregnancy should be repeated at least every three months. Kidney function should be checked periodically, as the TDF in Truvada can cause kidney impairment. This is recommended every six months for people over age 50 and those with low kidney function at baseline or other risk factors and once yearly for everyone else. The tenofovir alafenamide (TAF) in Descovy is less likely to cause kidney problems but more likely to be linked to elevated cholesterol and triglyceride levels and weight gain; these should be monitored at least every six months.

Finally, the update outlines options for PrEP initiation and follow-up care via telehealth, which was adopted during the COVID-19 crisis. There are also new procedures for providing or prescribing same-day PrEP to select patients when they receive their initial evaluation.

While the two webinars are an opportunity for all interested parties to ask questions and provide feedback, they are “specifically directed toward clinicians, such as medical doctors, nurse practitioners, physician’s assistants and pharmacists,” according to an announcement in the Federal Register. Comments will be accepted only during the webinars; there will be no written comment period.

Click here for more news about PrEP.
Click here to learn about the differences between Truvada and Descovy for PrEP.

No, Truvada and Descovy PrEP Are Not “AIDS Vaccine Pills”