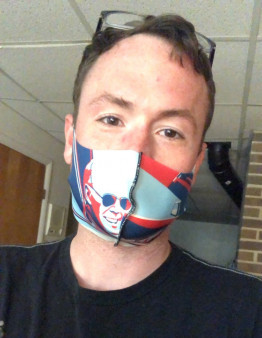 Channeling My Anger and Shame

Christopher Benson refused to let HIV control him by taking control of it.

Talking about myself typically does not come easy, especially when it is highly personal. It makes me feel like I am being disingenuous. It is uncomfortable. It is normal enough to feel this way, right?

You feel like life is going your way for once. You find love. You find contentment. You feel happy when you haven’t felt that way in a long time. Your personal life feels good.

But HIV does not discriminate based on your upbringing, race, status, title—or anything.

You are diagnosed with HIV. Your boyfriend says he still loves you and that this does not change how he feels for you. But then he leaves you anyway, out of his own fear. Work becomes unbearable. You are consumed by shame, hate and anger at yourself. Drugs and alcohol seem the way out. And for me, eventually, so did suicide.

Asking for help didn’t come easily. I can’t forget the night I was chugging vodka—like I did almost every night in the first weeks and months after diagnosis. With vodka came the liquid courage to walk out and tell my mother I had HIV. I broke down instantaneously and told her how ashamed and disgusted I was at myself. When she grabbed and hugged me, I knew it was going to be all right. Somehow.

Yes, I am extremely guilty of sexual irresponsibility. It is easy to be irresponsible, almost fun, even. With sex, it is easy to try to be careful. But in my experience, if you’re just trying, you’re not being responsible.

It took a while, but being open and honest about my status became important to me. It was more difficult than coming out of the closet. It is a different process for each person.

I’m currently completing my first year on the Pennsylvania Department of Health’s HIV Planning Group. I refused to let HIV control or define me. My solution was to control and define HIV instead. For me, I chose to be part of my own solution.

At this point in my life, hopefully what I’m working on now will positively impact the lives of people living with HIV and prevent those at risk from getting it.

Letting myself think about this question.

The stigma that comes along with it and the self-loathing so many people feel as a negative side effect.

Life is too short; eat dessert.

Anger at unfairness in the world and my urge to make people understand it.

I’m assuming I wouldn’t have much time to think about this, so probably my phone or whatever random stuff I could quickly grab on the way out. 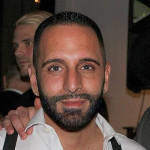