The CEO of Housing Works on the Obama administration’s national HIV/AIDS strategy.

Three years ago, I ranted and raved about giving the newly minted Obama administration needless years to put together a National HIV/AIDS Strategy. In 2008, after nearly three decades of AIDS, we already knew that treatment, prevention, education, housing and other critical supportive services would end the epidemic, right? What was there left to figure out? I was unanimously shouted down in person and online by fellow AIDS advocates. (That’s okay, I’m used to it.)

We didn’t get the NHAS until July 2010, at which point, I ranted and raved about its inadequacy. The NHAS set shamefully low targets and did zero to end the ADAP crisis. Much as it pained me, I played the role of skunk at the party and interrupted the president during the historic unveiling of the strategy. I was tarred and feathered for that one. (I’m fine, really.)

Now, here we are a year into the plan. Its accomplishments are all intangibles. Yes, we have access to the White House and Health and Human Services. Yes, some departments, like the Department of Justice and Housing and Urban Development, have taken stock of their role in the strategy. Yes, some progressive states are heeding the call for state AIDS blueprints. These glimmers of hope are laughable when compared to the goal of the National HIV/AIDS Strategy: a nation where “HIV infections are rare.”

Since the president unveiled his visionary strategy, 6,330 people have been added to the ADAP waiting list. That list is almost four times longer than it was last July. Medicaid, on which tens of thousands of people living with HIV/AIDS depend for their medical care, is on the chopping block--and President Obama has his own knife poised and ready. Don’t worry about your “enemies,” the Republicans. Obama’s proposed cuts are sufficient to sabotage the NHAS.

As for the NHAS itself, we still wait for recommendations for improvements to governmental systems and streamlining lines of federal funding (both of which are called for by the NHAS). In terms of housing, HUD is still working on a definition of homelessness, and we don’t have a draft of potential changes to the HOPWA formula. Women and children remain invisible in the NHAS. The 12 Cities project has taken an inordinate amount of space. The Obama administration chose to build upon the CDC project, and when it became apparent that it wouldn’t translate to the entire country, only negligible adjustments were made.

How do we expect to implement the NHAS, which is dependent on health care reform? Can we really operate as though HCR is the law of the land and the federal budget crisis will have no impact on its implementation?

You may be curling up your nose at the unpleasant words you’ve just read. My apologies for that skunk smell again. But I only stink up the joint because I believe that advocacy and activism still work. Lately we have been reminded of this truth not by the AIDS community, but by the Tea Party. Its relentless drumbeat has paralyzed the Obama administration and Congress’ ability to govern. The result could be catastrophic should they win and “solve” the budget crisis on the backs of poor and disabled, including those living with HIV/AIDS. Going forward, let’s cancel the free pass for Obama. The NHAS is not enough, and it will never be enough without a vocal, relentless drumbeat of our own. 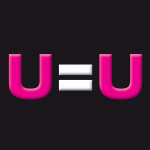 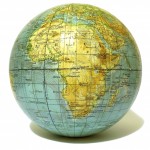 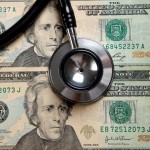 Hitting U.S. HIV Diagnosis and Treatment Targets Would Be Cost-Effective