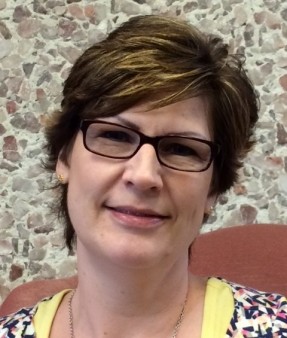 Jubilee is defined as a significant anniversary of an important event, a joyful time or season of celebration. I celebrated my jubilee in 2015, as it marked two major points in my life. The year 2015 was one filled with many emotions, insights, hindsights, recollections and feelings. You see, not only did I turn 50 in September, but the month also marked the point at which I survived 25 years since my HIV positive diagnosis. Half of my life. Wow! It’s incomprehensible, and yet, I barely remember anything different.

Why would want to celebrate my HIV-positive status? This is a loaded and complicated question. When I was diagnosed more than 25 years ago, I never thought I’d live to see 30, much less 50. Even though I was asymptomatic and relatively healthy, my prognosis was not flowery and hopeful in 1990.

I’ve heard it said many times that HIV does not define anyone. Really? I mean, I understand that we survivors do not let HIV run our lives. But for me, I feel my last 25 years have absolutely been defined by HIV. It is part of my DNA. It is part of every decision I make regarding my health care, medication and lifestyle choices. It is with me when I wake up and still there with me when I fall asleep.

But there’s so much more. HIV saved my life. I am absolutely 100 percent confident that had I not been diagnosed as HIV positive, I would be dead by now.


I told myself it would be cathartic to write how I feel. I began writing but so many ideas flooded my brain that my fingers just couldn’t keep up. My fragmented sentiments have filled many pages. I became overwhelmed with the challenge of organizing them into anything meaningful. But it came to me very clearly one day: focus on what you have gained most or how you have most benefited from surviving HIV.

Well that was simple: thankfulness.

I can feel the reaction even as I write it: raised eyebrows and heads shaking side to side in sympathy. But my message is for those who I believe will understand this. You get it. You get me. You are one of hundreds, maybe thousands, of reasons why I am thankful.

I have a story like no one, but my story is the same as everyone else’s. I grew up in a middle-class family in suburban Cleveland with two parents and a sister. My parents worked hard to send us to parochial school. I was as green as an oak leaf in mid-June, with zero exposure to people different from me in any way, shape or form. I was handed an overprivileged life in every way: two-parent home, raised and educated in faith, private schools, imposed limitations, born and raised in the greatest country in the world, and born and raised free. I am thankful for my parents’ painstaking attempts to shelter and protect me.

I spent the first part of my life standing still, receiving and waiting for it to happen. Constantly afraid of my next role on the big screen called life. An interloper, I existed in a state of perpetual fear, holding my breath and perched at the edge of my proverbial seat. I was petrified and lived in my imagination alone. My folks thought I was lazy, but I realize I had just been so very frightened of life. So when I met anyone who really, truly lived, I was instantly infatuated.

My folks sent me to college, and I was bombarded with choices. One after the other, I made poor choices. After my freshman year, my folks told me I’d have to pay for college myself if I wanted to go. I wanted it. I knew I was smart. I had great aspirations, grandiose even, but having a boyfriend always seemed to win out.

Cut to six years later. I have a husband and a 2-year-old son. On a gorgeous Thursday morning in 1990, I got a phone call from my husband at 6:58 a.m. He had been in the hospital for weeks after losing a lot of weight and having chronic stomach pain, skin and lung issues. We were still reeling from doctors diagnosing and then retracting the diagnosis of stomach cancer. He said, “You are married to a man with AIDS. They give me 12 months tops. I understand if you want a divorce.” I was so thankful he was finally diagnosed correctly.

I’m leaving out a lot of details because the minutia doesn’t matter. It doesn’t matter how, who, where, when or why. Maybe then it did, and maybe to those who love me it still does. But regardless, the outcome is the same. I will never forget. At the time, my panic was for my beautiful, vivacious only child. I knew relatively nothing about HIV/AIDS, so the doctors assured me that my son could be infected only if I was positive. I am forever thankful for the excellent, compassionate doctors who gave me hope that fall.

I took those doctors’ advice and went to an anonymous testing site. I didn’t need the health department knocking on our door again like they were required to do for my husband. I was confident, almost arrogant, as I walked into an inner-city, bare-boned building. I felt like I was better than everyone else there waiting to be tested. After all, I was white, female, not gay and never did drugs. I could count my sexual partners on two fingers. HIV/AIDS was a filthy disease for filthy, deserving, bad people. I am thankful I still remember so poignantly just how sure I was and am more thankful that I am no longer that person.

I had to wait three weeks. The waiting was eating me alive, but I really, truly believed it would soon be behind me for good. Well, you know the rest of the story. Mine is different but exactly the same as everyone else’s. I found out I was positively positive.

My deepest and most solemn gratitude ever in my life is that my darling son would remain free of HIV’s scourge.

I could go on and on, but I know I am never going to be able to capture all the reasons I am thankful. However, I offer the following reasons for the thankfulness those 25 years have branded on my heart:

I am thankful for the health care providers who have journeyed the past few decades with me, especially Dr. Bob K., Kim and Deb.

I am thankful for the HIV magazines that brought the world to my mailbox and made me feel less alone.

I am thankful for POZ for marching on when so many no longer seemed to care or be interested in the current state of affairs for survivors and those most vulnerable to HIV. I cannot express just how much articles and columns by Oriol, Aundaray, Mark, Rae, Shawn and, of course, Sean have meant to me.

I am thankful for the many studies, which I was privileged to participate in, including A5320 for Crixivan (double-blinded). It resulted in an early release of the first protease inhibitor. I now know that setting the alarm clock so I could faithfully take two 400-milligram pills every eight hours while suffering terrible pain and nasty side effects was well worth the outcome.

I am thankful for all the fabulous, intelligent and outrageous individuals I’ve met over the years whose paths I most probably would not have crossed had it not been for HIV, including Sandy Smith, Steve Prince (and Ruby and Cody), Jen, Dan, Kenny, Ruth, Randy and so many more. But I am most especially thankful for my most dear friend Gregg Haussmann, the only person who could call me at 3 a.m., call me a bitch and still make me laugh and talk for hours. I was blessed with his company for only a brief year in 1992, but his essence is forever with me.

I am thankful for all the political endeavors that kept me busy and relevant in my early years of survival, such as ACT UP and the Treatment Action Network. I am also grateful for all my friends who helped handwrite the letters to Congress, funders and political candidates. Oh, and all the licking we did to the envelopes and the stamps. Thank you all for your camaraderie and your tongues.

I am thankful for so many wonderful authors who have shared the intimacy of their survival with me: Sean O’Brien Strub for Body Counts: A Memoir of Politics, Sex, AIDS, and Survival; Michael Callen for Surviving AIDS; and Liza Zvezda for Somewhere Under the Rainbow. Most of all, I am thankful for all the wonderful people who dwell in my soul. Thanks to Tom Spanbauer’s books, especially In the City of Shy Hunters. I often fall asleep thinking of Will, Rose, Fiona and Charlie 2Moons, hoping we will one day meet.

I am thankful for Daniel Cardone for moving forward with the documentary Desert Migration.

I am thankful HIV gave me the sense to leave an abusive relationship.

Raising an outstanding young man into a loving, kind, articulate and faithful man.

Not having more children.

You can only spend it once.

Each and every one of them.

Did you see the three words that describe me?

I can only be me.

My Boston terriers, Frenchie and Mylie.

A hawk because they aren’t afraid of heights, like me, and look so free.