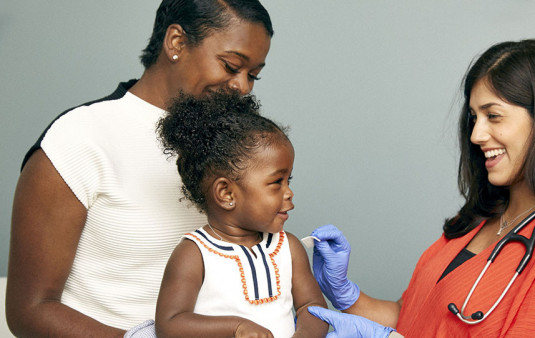 Heather Hazzan, SELF (Model(s) used for illustrative purposes only)

Chickenpox Now Rare in U.S. Due to Routine Vaccination

Varicella vaccination prevents more than 3.8 million cases, 10,500 hospitalizations and 100 deaths in the United States each year.

Chickenpox cases have decreased 97% since the United States began vaccinating all children against the disease in 1995, according to research presented at IDWeek 2022. Among individuals under 20, hospitalizations decreased by 97% and deaths decreased by a staggering 99% compared to the pre-vaccine era.

Researchers estimate the chickenpox vaccine now prevents more than 3.8 million cases, 10,500 hospitalizations and 100 deaths in the United States each year, indicating the tremendous success of the vaccine campaign.

“For chickenpox to go from being an inevitability of childhood to being rarely seen in just one generation is truly remarkable,” said Mona Marin, MD, medical epidemiologist at the Centers for Disease Control and Prevention’s National Center for Immunization and Respiratory Disease and presenting author. “The significance of the vaccine program — in lives saved, in sickness and hospitalizations avoided and in prevention of disruption to schools and family life — cannot be overstated.”

Children are not the only group to benefit. As more children were vaccinated, chickenpox transmission decreased significantly in the general population (97%). This shift helped protect the most vulnerable who could not receive the vaccine: immunocompromised individuals, pregnant individuals and infants too young to be vaccinated.

The vaccine campaign has economic benefits, saving an estimated $23 billion in medical costs and lost wages due to parents having to stay home with sick children.

“The United States was the first country in the world to implement a universal chickenpox vaccination program. This degree of control of the disease in the United States was unimaginable just 25 years ago, but picture that on a global scale,” said Marin. “As science continues to advance, the chickenpox vaccine is a testament to the transformative power of public health.”

Chickenpox is still widespread in most of the world. Researchers urge clinicians to remain vigilant and for continued support for the U.S. vaccination program.

This news release was published by the Infectious Diseases Society of America (IDSA) on October 20, 2022.