More than 2 million mothers and infants die worldwide each year from childbirth complications, outweighing the number of child deaths from malaria and HIV/AIDS, according to a study led by Save the Children and the Bill & Melinda Gates Foundation as reported by The Associated Press.

According to the article, roughly 1.02 million babies are stillborn each year, while another 904,000 die soon after birth. By comparison, 820,000 children die from malaria and 208,000 from AIDS-related illness worldwide.

The report said improving basic health care in developing countries and providing training for local workers to perform emergency cesarean sections and other procedures could prevent these deaths. 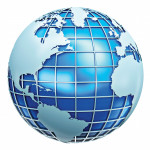