“There are 51 countries in the world which still have such restrictions,” said Mark Stirling, UNAIDS country coordinator. “China’s move will have significant global influence and provide very important leadership.”

Stirling added that the regulation changes, which were passed on April 27, will encourage more public dialogue about HIV/AIDS in China, which will help combat stigma and discrimination.

A recent survey showed that 84 percent of Chinese people preferred to keep the ban, which Stirling said reflects the need for HIV education, including how the virus is transmitted.

According to the article, 740,000 people are living with the virus in China and 49,845 have died of AIDS-related illnesses since the country’s first reported case in 1985. 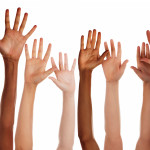