Circumcision May Not Protect White U.K. Gay Men From HIV

In order to most accurately determine whether the presence or absence of a foreskin affects HIV transmission to the insertive partner, the paper concerned itself with these 561 exclusive tops. One out of six (16.7 percent) of them were circumcised. Among the 97 men (8.8 percent) who reported having HIV, there was no difference in HIV prevalence if they were circumcised (8.6 percent prevalence) or uncircumcised (8.9 percent).

The study is highly limited by the fact that the ultimate study sample of men who were exclusively tops was too small to yield a highly statistically significant indicator of circumcision’s role in HIV transmission. However, it is clear that among these men, even if circumcision offered a protective factor, it would never be anywhere near the 60 to 70 percent reduction in risk found in randomized controlled studies of heterosexual men in Africa.

Echoing results from previous studies, the paper found that topping exclusively greatly lowered risk of HIV infection.  Five percent of the men who said they were always the insertive partner were infected with the virus, compared with 11 percent of those who were mainly the top.  This represents a 58 percent reduction in risk between topping exclusively and mainly. 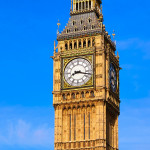