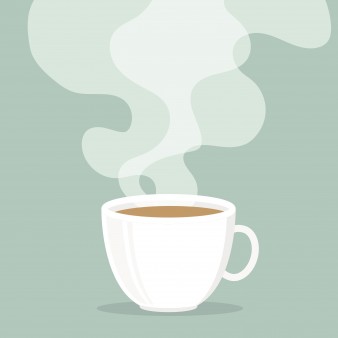 Drinking at least three cups of coffee a day is linked with a lowered risk of death among people coinfected with HIV and hepatitis C virus (HCV). Researchers analyzed data from from the ANRS C013 HEPAVIH cohort, a French nationwide prospective cohort of HIV/HCV-coinfected individuals who provided medical, psychological and other behavioral data once each year for six years. Results were presented at the 2016 Conference on Retroviruses and Opportunistic Infections (CROI) in Boston.

During a median follow-up of five years, 77 people died out of 1,035 participants studied. This translated to a death rate of 1.64 percent per year. The leading causes of death were as follows: hep C-related causes, including hepatocellular carcinoma (HCC, the most common form of liver cancer), were the cause of death for 33 people (43 percent); nine people (12 percent) died of non-AIDS, non-HCV-related cancers; and eight people (10 percent) died of AIDS-related causes.

A total of 26.3 percent of the participants reported at the study’s outset that they drank at least three cups of coffee daily. After adjusting the data for various factors such as the stage of individuals’ HIV disease, whether individuals were cured of HCV, alcohol and tobacco use, gender, precarious housing, having a steady partner, and CD4 count (a measure of immune health that is taken regularly among people with HIV), the researchers found that such a high level of coffee consumption was associated with a 50 percent reduced risk of death.