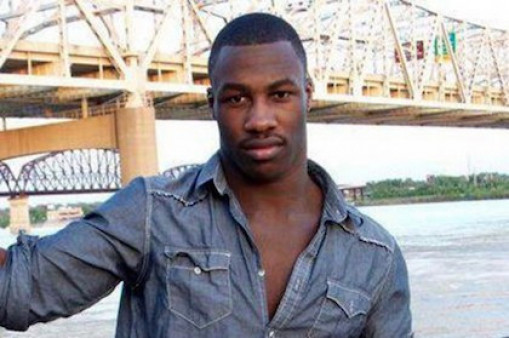 Released 25 years early, Michael Johnson made national headlines for a trial that raised issues of racism, homophobia and HIV disclosure.

After serving five and a half years of a 30-and-half-year sentence for failing to disclose his HIV status to sex partners, Michael Johnson has been released from prison, reports BuzzFeed News.

The legal saga began October 2013, when Johnson, then a star wrestler at Lindenwood University in St. Charles, Missouri, was arrested by local police for allegedly withholding the fact that he had HIV from six former sexual partners. (The sexual partners were male, and four were white; Johnson, who is Black, identifies as gay).

The court trial drew salacious national headlines involving the accusations that he transmitted HIV to two men and exposed four others to the virus. Johnson was convicted and sentenced to 30 years in prison for transmitting HIV to one partner and exposing four men to the virus.

An appeals court tossed that conviction because of prosecutorial misconduct. Johnson then entered a plea deal in September 2017 that resulted in a 10-year sentence for not disclosing his HIV status to sex partners.

“Because Missouri’s HIV criminal law hinges guilt or innocence on whether defendants can prove they disclosed their HIV status prior to sex—an impossibility in most cases—Michael decided to accept a plea that gave him time served for the time he was in custody and awaiting trial rather than risk a new trial,” explains The Center for HIV Law & Policy in a press release about Johnson’s release from prison.

BuzzFeed’s Steven Thrasher has covered the case from the beginning, shedding light on the racism and homophobia—as well as the problems inherent in HIV nondisclosure laws—underlying it. In his latest article, Thrasher notes that Johnson received a longer sentence than most people convicted of second-degree murder in Missouri. What’s more, the court offered no genetic proof to connect Johnson’s strain of HIV to that of the other men, meaning it’s possible they contracted HIV from someone else. Also, Johnson claimed he did disclose his status.

BuzzFeed reports that Johnson is headed to Indianapolis, where he will serve three years of parole and live with the family of a friend.

Johnson’s case made headlines at the same time HIV advocates made headway in updating HIV laws in many states. In 2018, California modernized its HIV crime laws. Notably, it is now a misdemeanor instead of a felony to knowingly expose or pass on HIV to a partner without disclosing.

But in Missouri and 19 other states, people living with HIV can be prosecuted for not disclosing their status before sex. According to BuzzFeed, even the prosecuting attorney in Johnson’s case says the HIV laws in Missouri are “antiquated, outdated and based upon something that science would prove is not accurate.”

The Center for HIV Law & Policy worked with The Counter Narrative Project to raise awareness of and support for Johnson’s case. In its press release about his release from prison, the center includes a timeline of the case.

In related news, the next training session to overturn HIV crime laws is slated for the end of May 2020. For more, read “‘HIV Is Not a Crime IV’ Sets Its Sights on Ohio in More Ways Than One.”

When Johnson’s criminal trial began in 2015, more than 100 Black gay men signed an open letter to express their support. It was published in POZ here.