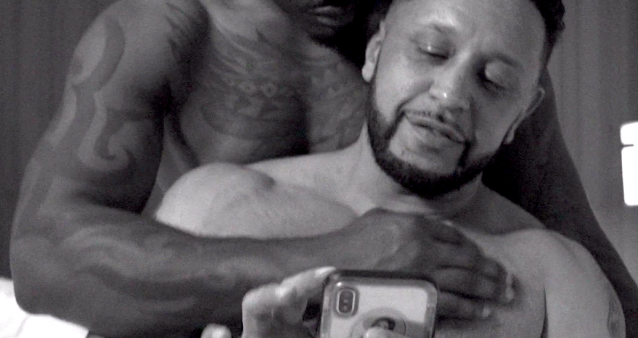 An image from “On the Hunt.” Click to watch the PSA. YouTube/Impulse NYC

What Comes After the Hunt? This Safer-Sex PSA Unwraps an Idea [VIDEO]

Who says nobody uses condoms in the age of PrEP? The Impulse NYC team highlights those individually wrapped prophylactics in its latest (and steamiest) safer-sex public service announcement (PSA), “On the Hunt.” Here’s how Impulse describes the video:

With NYC as our backdrop, we see a sexy cruiser riding the train on the hunt for some late-night fun. As he shuffles through the many profiles on his hookup app, we cut to an out-of-town couple, finishing their night out on the town and retreating back to their posh hotel.

Our cruiser soon finds himself in the same hotel and at the door of our couple, also on the hunt.

A sexy good time ensues, but no matter how rough and naughty they get, safety always comes first.

“No matter what your sexual desires are, always remember: after the hunt, let the unwrapping begin.” 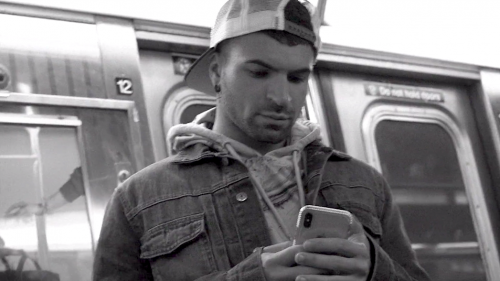 An image from “On the Hunt”YouTube/Impulse NYC

Created by Impulse NYC, a group that raises safer-sex awareness in New York’s gay community, the video is the second in a series of three PSAs that focus on the yearlong theme “Our City. Our Sex. Our Responsibility.”

“On the Hunt” focuses on the “Our Sex” portion of the campaign and debuts August 6 in advance of Impulse NYC’s Fire Island Pool Party on August 11.

The first PSA in the series, “Awareness and the City,” spoofed Sex and the City. You can watch that video here.

Impulse NYC is one of 20 international chapters of Impulse Group, a group of gay volunteers “promoting healthier sexual lifestyles among gay men” and working to “create campaigns, events and online content to reach a new generation of gay men who live in a modern and rapidly evolving world,” according to its website. The group receives support from AIDS Healthcare Foundation.

The group explores topics such as HIV awareness, sexually transmitted infections, PrEP and post-exposure prophylaxis to prevent HIV and substance and drug abuse.

And to learn more about PrEP (pre-exposure prophylaxis), the daily pill HIV-negative people can take to prevent from getting HIV, click here.