The permanent installation will be located in the central staircase of San Francisco’s Openhouse Community Center for LGBT elders.

Long-term survivors of HIV are about to get a permanent tribute to their strength and resilience: a mural commissioned by Openhouse, a housing nonprofit for LGBT seniors based in San Francisco, for the community center it is currently in the process of building. Openhouse put out a call for artists on its blog late last month.

The mural is on track to be completed in time for the grand opening of the community center on September 18, which coincides with National HIV & Aging Awareness Day.

In addition to the mural, the site will include a “living wall” of plants. 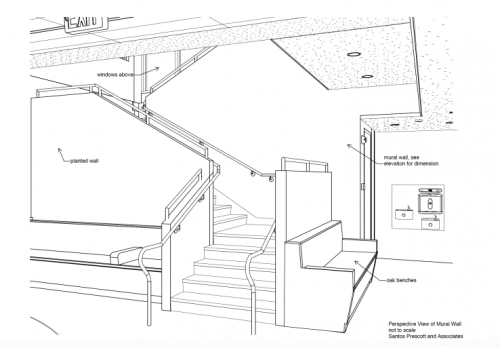 Rendering of the mural wallCourtesy of Openhouse

The mural is the first of its kind, as far as tribute project manager Charles Renfroe knows. Apparently trying to think of a comparable memorial, he said in a recent press release, “In 2004, there were very unique ‘survivor’s knots’ installed on roadways in New York and Connecticut by artist and long-term survivor Steed Taylor, but those tattoo-inspired murals gradually faded and are gone now.”

Openhouse was founded in 1998 to provide LGBT senior citizens with affordable housing options. With employees estimating that as much as 30% of its local target population is HIV positive, the organization is uniquely suited to recognize long-term survivors. In an effort to ensure that they—and the millions of others around the world like them—are represented by someone who understands their specific concerns and anxieties, a review board made up of 10 long-term survivors, including Let’s Kick ASS—AIDS Survivor Syndrome—founder Tez Anderson, is considering only artists living with or affected by HIV for the job. 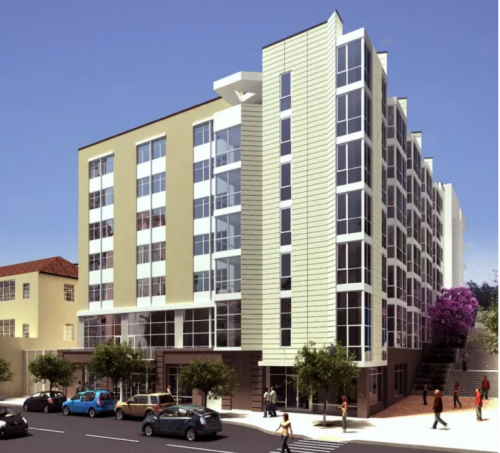 Funded by $250,000 worth of capital from pharmaceutical giant Gilead Sciences, the installation will be located at the community center’s “physical and emotional center” (as Renfroe described it in a recent email). To be located in San Francisco’s Hayes Valley neighborhood, the center will feature no fewer than 79 affordable housing units for people age 62 and older.

Statistically, many of its future residents will be long-term HIV survivors themselves. “This tribute,” Skultety says, “will demonstrate that they are seen, appreciated and celebrated.”

To learn more about the LGBT senior center—and to make donations—visit Openhouse-sf.org.