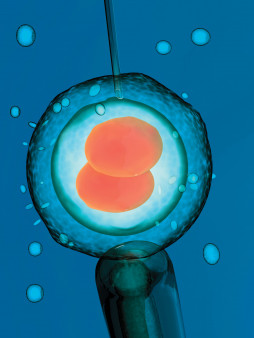 Sparking widespread condemnation and alarm in the scientific community and a rebuke from the Chinese government, a researcher in China claims to have edited the genes of human embryos to make children naturally resistant to HIV. His research efforts apparently led to the birth of twin girls. Genetic editing of human embryos is illegal in the United States, but rules are more lax in China. Because the researcher, He Jiankui, of the Southern University of Science and Technology of China in Shenzhen, has not published his research in a peer-reviewed journal, it is not possible to verify his claims at this time. Following animal experiments, He used the CRISPR-Cas9 method to edit a gene called CCR5 in the embryos of consenting potential parents; the couples included HIV-positive men and HIV-negative women. Normally, this gene gives rise to the CCR5 coreceptor on immune cells onto which most HIV latches in order to begin the infection process.