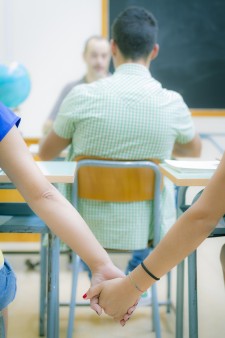 A Centers for Disease Control and Prevention (CDC) report found that compared with their heterosexual peers, the estimated 1.3 million high school students who identify as lesbian, gay and bisexual (LGB) in the United States experience much higher levels of physical and sexual violence, bullying, depression and suicidal thoughts. LGB high schoolers also report illegal drug use at a rate five times higher than other students. Drug use, depression and sexual violence are all tied to HIV risk. The CDC found that 43 percent of LGB students reported seriously considering suicide, and 29 percent attempted suicide during the previous year. Sixty percent said they’d been so sad or hopeless they stopped engaging in usual activities. Eighteen percent reported being physically forced to have intercourse. A respective 34 percent and 28 percent reported experiencing bullying at school and online.