Whites have a higher rate of successful HIV treatment.

Even when people with HIV have equal access to care for the virus, whites have a higher rate of successful treatment compared with their Black counterparts. Researchers conducted a study of 8,800 Black individuals and 7,800 white individuals in the Veterans Administration (VA) health system who received antiretroviral treatment for HIV during 2013. Fifteen percent of the African Americans and 8 percent of the whites had an uncontrolled viral load, meaning that, overall, Blacks were twice as likely to lack a fully suppressed virus compared with whites. After crunching the numbers, the study authors concluded that 51 percent of the difference in the viral suppression rates between Blacks and whites was driven by differences in adherence to HIV treatment and 26 percent was driven by differences related to the specific sites where they received their medical care. 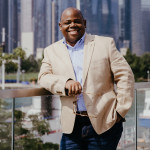