A recent survey of sexual behavior in the United States has found that one in four heterosexual adults used a condom for vaginal intercourse during their last encounter, aidsmap reports. Indiana University researchers published their findings in The Journal of Sexual Medicine; the paper is part of the larger U.S. National Survey of Sexual Health and Behavior. During 2009, the study polled 1,645 heterosexuals between the ages of 18 and 59 about their most recent vaginal intercourse. Forty-eight percent of the participants were married, 27 percent were single, and 10 percent were either divorced or separated.

The study participants reported that condoms did not affect sexual pleasure or the ability to reach an orgasm or maintain an erection. Twenty-two percent of the women and 27.5 percent of the men reported using condoms during their last sexual experience.

Perhaps the most notable gender discrepancy in the data shed light on an age-old debate: Two-thirds of women reported an orgasm during their last sexual encounter, while men perceived that the women did so 90 percent of the time. 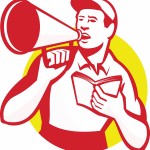 A Community Statement on Access to HIV Treatment and Prevention 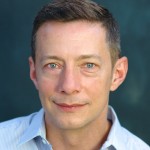 New Guidelines for Bone Care Among People With HIV

Early HIV Treatment Advantage Is Lost If Treatment Is Interrupted